Since 2006, Beijing has been blessed— or cursed, depending on your perspective— with two art fairs, opening within ten days of one another. In the leadup to the dueling expos in late April and early May, LEAP sat down with Wang Yihan, Director of the China International Gallery Exposition.

LEAP: This must be the busiest time of the year for you guys.

WYH: I know! We have less than a month and a half to go. I’ve been doing this for six years though, so I’m a pro by now. Though now I have a lot more social tasks to take care of beforehand. For example, on Wednesday afternoon I have to go to the Hall of the People’s Congress to meet with thirty representatives from the National People’s Congress for a panel on humanitarian and non-profit organizations. On Friday afternoon I have a meeting with a bunch of brand reps from major Chinese companies to talk about the impact of having famous people work as spokespeople for brands. These don’t have anything to do with CIGE, but I’m a spokesperson for art in my own right.

LEAP: Should we expect any surprises in this year’s edition of CIGE?

WYH: This time around we’ll be making a lot of changes in implementation. We have a bunch of fun and interesting things in store for people to come out and see. The major change in our approach will be that the standard for the galleries and their pieces will be set at a higher level. The exhibitions will also showcase more important works that should yield better results in general. Since last year we’ve been considering how important it is for us to put works on display that people really want to buy. One of the fundamental questions is always whether or not there are works worth purchasing. I’ve been thinking about how if I had RMB 1 million to spend, could I spend it all at CIGE? Could I really get what I want? So we’ve really been paying close attention to what the galleries have to offer and what they’re putting on display. 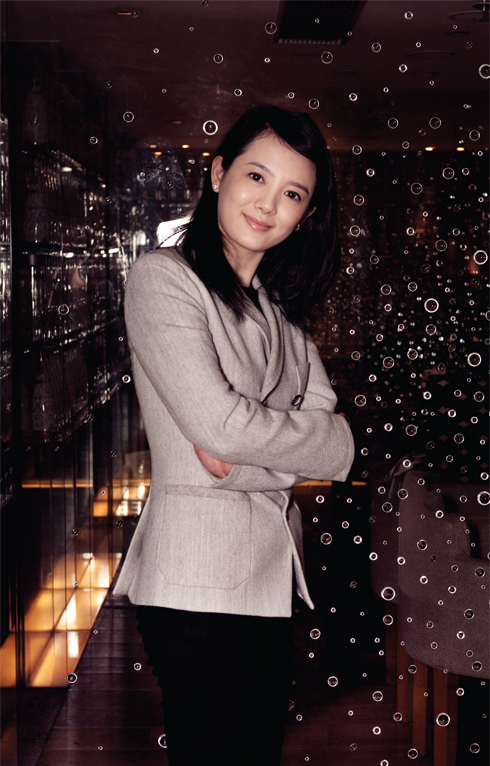 LEAP: I guess this means you spend a lot of time talking to gallerists.

WYH: Yes, I communicate directly with all participating galleries. And in order to further up the quality of the fair, we’ve allotted an additional four or five hundred square meters of space for them without any barriers in between. For this special section, we’ve assembled the strongest works from a number of our galleries— pieces by established names with known market histories. All of the works are on the high end, most of them valued at around RMB 1 million or more.

LEAP: So in a way the idea is a bit like Art Basel’s “Art Unlimited” sector for oversized works, but tailored to the Chinese market?

WYH: In reality it will be a showcase area for “outstanding works,” but it won’t actually be called that. It wouldn’t sound right. This part of the exhibition will target two types of individuals: the more seasoned collector types, who consistently buy a few major works each year, and then wealthy entrepreneurs who may have never purchased art, but will set a high standard for their first purchases and only opt to buy premium works. I can’t say whether this system is right or wrong. Of course, we think it’s generally a good move to encourage these wealthy entrepreneurs to start collecting at their own pace. But in China most of these people are really busy, and there’s not much time for them to learn about the art. They have ambitions to get into collecting, but they might be unclear about what they really want. Sometimes my friends tell me: “I’d rather just go to the auctions and buy works from the big-name artists.” For collectors like this, if they don’t have time to carefully pick and choose at CIGE, I’ll offer them my recommendations.

LEAP: It’s almost a bit like an auction preview then, this new area.

WYH: Auctions are such strong players in China because they are able to go after works one by one, and then collectors will take auction offerings as a kind of standard. In the Western art world, the secondary market is not such a driving force because galleries have such an established history. The top Western galleries have strong rosters and solid inventories, but we’re mostly facing the Chinese galleries, and they don’t hold so much in inventory. But we are still making great efforts to assemble the best works into a single place. And this increases what we can offer our buyers.

LEAP: There’s also a rumor out there that one highlight of this year’s CIGE will be a collaboration between [Shanghai artist] MadeIn and [Hong Kong actor/pop star] Edison Chen?

WYH: It’s mostly that MadeIn wants to do a collaboration with Edison Chen, and we’re working as a fixer to make the arrangements. They have a great proposal, and were really excited to have them appear at CIGE.