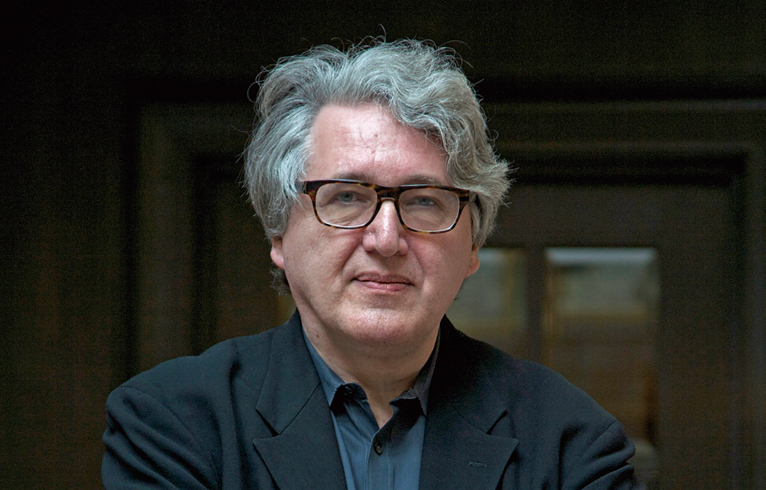 The critic and scholar Boris Groys is a household name in the international contemporary art world, including in China, where his writings have found a great number of faithful readers. Before these readers get a chance to see his work as co-curator of this year’s Shanghai Biennale, however, LEAP made sure to sit down for a chat with the man.

LEAP How and why did you get involved in this year’s Shanghai Biennale?

Boris Groys I got an email from the artistic director, inviting me to join the curatorial team. I was always interested in China. I had been here several times, giving lectures and so on. But I only had a superficial knowledge of things here. It is my belief that a deeper level of involvement will grant me a better understanding of what is happening here.

LEAP What about this year’s theme of “Reactivation”?

BG We extensively discussed the overall concept. I must say our Chinese colleagues are very responsive to our general suggestions. It is a collaborative work in the first place. But of course, I think everyone who comes from outside of China has a certain kind of expectation to show something that fits into the concept of the biennial but at the same time could be interesting and new. I will use this opportunity to show some art from Russia, Germany and Eastern European countries— areas of artistic activities that maybe are not so well represented here. Jens Hoffmann and I both have been interested in the Middle East. Maybe we’ll also show something from the area. So I think the goal of the biennial must be not only to generate topics for discussion but also to present what is happening in the world in general.

LEAP Is your interest in showing artworks from Russia or East Europe mainly driven towards balancing Western-oriented representation? Or is it that— especially here in China— you think it is important to look back on the communist and socialist experiences of the twentieth century?

BG Art is not isolated, but involved in the whole of cultural and political development. Whether it is well-known or not is not the point. The important point is that during the Cold War, socialist countries, including China, underwent certain experiences that Western countries didn’t. Because the cultural division during the Cold War was well established, a lot of things that happened in socialist countries, culturally and artistically, are simply not known in the West. Not the artists that are not known, but their experiences, and the background to their work. Meanwhile, I must say that many countries in the East do not have a perfect knowledge about what happened in the West either. In the late 1980s and the beginning of the 90s, both entered the same space. That means both sides missed the 60s and 70s— the socialist experience of the East and the cultural revolution of the West, and also the most important period for Western artistic development in the twentieth century. It is not easy to explain to the people in the East what happened in the West in that period. Hence the lack of knowledge.

I live in the West, not the East, and so I’m more interested in bringing Eastern experience to the West. If I were to have lived in the East, it might be the other way around. In general, I would say that we have a good opportunity now to erase the divide, which lasted for three decades after World War II. That is part of what I am doing.

In the end, I have to say your guess is right. I’m interested in China as a post-socialist country. My father had worked as an engineer in North Korea for some time. Later he taught in England, and had many Chinese students who visited us often. Both form a big part of my childhood memories.

LEAP With respect to the lack of understanding about the 1960s and 70s: why do you think it is important for us to erase this divide today?

BG If you read my essays that were written in the West, on the one hand, they are mainly systematic descriptions of the situation of contemporary art. I have written about who is the curator, and what are the functions of installation, museum, and art criticism. I have tried to do systematic research into the roles, problems and situations concerning different positions in the contemporary art world. On the other hand, I have always been interested in the emergence of art and everyday life, because I believe that basically life is art. I don’t believe that we should bring art into life. Life form is an art form, especially in our time, as all the traditions, national borders and class divisions are destroyed. We have a huge possibility of shaping ourselves as individuals. The postmodern situation could be read in this way.

LEAP But even if we are witnessing a resurgence of non-commercial socialized activities, there must still be a difference, no?

BG I think basically all the times are the same. We have the same opportunities and dangers. I don’t think that has ever changed from Egyptian times up until now. In that sense, nothing changed and probably will never change. But inside this general structure, you have of course what I would characterize as the private appropriation of socialism. If you look at the 1960s, socialism was either a state program or a mass movement. This noncommercial form of life was secured by the state or big parties and movements in the West. What we have now are the attempts of individuals, groups and associations of different kinds to appropriate this non-commercial or semi-commercial practice, using the experiences of the 1960s, but in a much more individualistic way. Actually it is an old idea. For example, one form of non-commercial relationships is love. So there is in a very traditional way a return of the couples in the West. They create within this couple relationship some kind of non-commercial fidelity in small groups. And we have that everywhere in the West. All of them are kind of related to the community life of the 1960s and 70s. So I would say what we have to do now is a re-appropriation of those experiences under different conditions of economy, globalization, and communication.

LEAP That’s why artists and curators are flying around the world, participating in various projects.

BG Everybody does it. No matter if it is music, design, or architecture; any activity of this kind is full of people who are creating and participating in a global network. Thus we have the possibility to go from one project to another, and to invite people or get invited. Millions of people involved in cultural and Internet activities are living in the same way. It’s a huge part of the population.

LEAP What impact does this way of life have on their work? Does it make a difference?

BG It does make a difference. Their projects look more like movie productions than traditional art. In the traditional artwork, you have a responsibility for what you’ve done. You paint a painting, and you have to be responsible for it. But now you have to cooperate with the curator, take consideration of the funding, as well as the space, context and partners, and then do what fits. It is like producing a movie. There is the director, the producer, the actor, the cameraman, and so on. What comes out of it is not a product of individual responsibility. It’s a compromise between different interests and attitudes. So I think you have also this kind of socialized art production, which is a much more dispersed form of artistic responsibility.