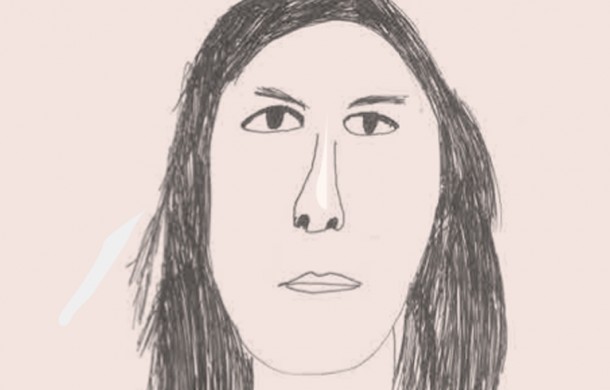 OF THE MANY events, exhibitions, and performances I partook in or visited in 2012, the one that I could not stop thinking about was an exchange project in November in Bangkok, “Thai-Tai: A Measure of Understanding,” co-organized by Taipei’s Open-Contemporary Art Center and Thai artist collective Jiandyin over the course of one year. In this age of globalization, traveling abroad for exhibitions or events is no longer noteworthy, especially in 2012 when the dOCUMENTA (13), held once every five years, coincided with a slew of Asian biennials, sending art lovers and artists into a frenzy to keep up with it all. For me, the opportunity to witness “Thai-Tai” from the artists’ residency to the show’s completion, and all in Bangkok— a mere three-hour flight from Taipei— was especially meaningful.

That meaning, as explained in the “Thai- Tai” curatorial files, is that the project provides us with an opportunity to reconsider the relationship between two separate “localities,” and through the implementation process, create a space for exchange. This reality between the two localities isn’t formed under the traditional, “international” framework. In other words, the imaginary “international” is as renowned Taiwanese anthropologist Kuan-Hsing Chen states in describing the “From the West Heaves to Middle Kingdom” China-India exchange program: “In the past we have only looked towards Europe and the US. Looking back on the production of knowledge in art, we also discover that the majority of this knowledge was constructed based along the great production lines of Euramerican rhetoric. In art discourse and amidst this system’s development of modernity, we have lagged, forever relegated to being behind, to the periphery.” 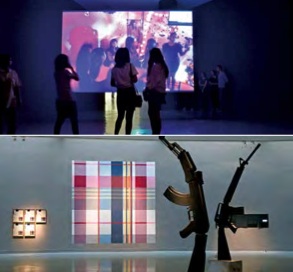 Of this, the significance of the “Thai-Tai” project perhaps serves as the best symbol and explanation, as it relates to the origin of the exhibition itself. Chia-wei Hsu from the Open-Contemporary Art Center and photographer Ho-jang Liu originally were introduced to Jiandyin at an ISCP residency in New York. Such a chance meeting forced them to re-think the relationship between the two places, as well as relationships of art and knowledge production with New York as intermediary. Simply put, the project arose from the two parties facing a common reality: Why do we rely on a distant intermediary to facilitate our art and knowledge production when we are both from Asia? This “distant intermediary” is often where the mainstream resides— whether this be London, New York, Paris, or Kassel. What kind of subordination and discursive relationships are the result of such channels for knowledge and production? And thus the problem slowly unfolded: for as close as Taiwan and Thailand are, the two regions understand each other very little.

This reversed mode of thinking has given the project a markedly different sense of connectivity, and has promoted a different meaning for “locality.” As luck would have it, the fresh force arising from the union of “fringes” and the renewed questioning of the production mechanism, is happening right here in Taiwan, by way of several young curator and artist groups. Notable examples include the curatorial collective Outsiders Factory, which in recent years has worked proactively with partners from Latin America and Southeast Asia, and the young independent curator Jia-zhen Tsai, who has single-handedly created a platform for dialogue between Israel, Berlin, and Taiwan. Nobuo Takamori, a member of Outsiders Factory, proposes we reconsider our relationship with the world: to avoid over-reliance on the spectacle of the art industry and break away from the tributary system, to start anew from face-to-face exchange between regions, and to foster that connection between the fringes into a power that can rival the Western art establishment. In 2013, I very much look forward to the fresh perspectives that such power would give us, so that we may look again at ourselves and our relationship with the world in which we reside. (Translation by Frank Qian)