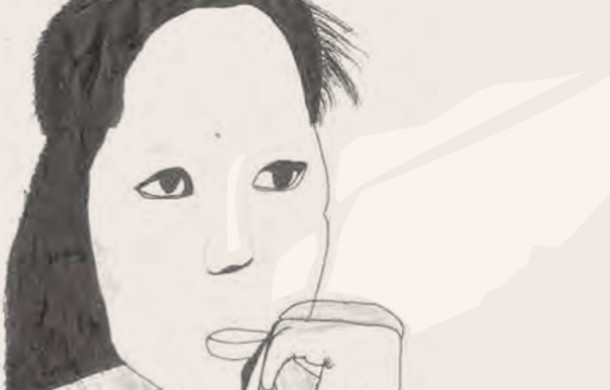 ALTOGETHER IN 2012 my family and I spent just as much time traveling or living elsewhere as we did living in Beijing. As I remember the year, I think of the three of us, dragging two suitcases in tow, our passports in hand, roaming all over the place. At one point I made an itinerary of our trips between August and October. I discovered that we had traveled to nearly 10 places. In order to travel light, we three lived a simple life. We alternated through the same few articles of clothing for weeks on end. Within this most rudimentary of lives we learned many things. We cherished one another and encountered the good will of others. More importantly, regardless of whether the purpose of the trip was to facilitate our own creative work, or whether it was to see the work of others, we always upheld a traveler’s mentality of self-reliance. Although we drifted from space to space, we always reminded ourselves to maintain the sense of responsibility, participation, and insight of a backstage worker.

Our travels began in January, prior to Spring Festival. We went from Beijing to Shanghai in order to visit about 10 artists and curators who had flourished in the 1990s. By interviewing them, we gained a deep understanding of the work and discursive environment they developed after 1989. These face-to-face exchanges helped us transcend a monolithic historical narrative. Through their individual accounts and experiences, we recognized a few profound themes in the field of contemporary Chinese art between 1989 and 2002. Thanks to these interviews, we did not have to rely on preexisting accounts, or observe from afar and make guesses and estimates. We were no longer mere spectators. Through these individual accounts, we comprehended the past as if we had lived it ourselves. We believe deeply in the importance of this kind of behind-the-scenes work, and it was these observations that helped us finalize the works which we chose to exhibit at the Seventh Shenzhen Sculpture Biennale.

In February, after Spring Festival, we accepted an invitation to visit Brussels and Antwerp, where we experienced the coldest European weather in nearly 50 years. Every day we rushed between artist studios, museums, and freezing gallery warehouses, conducting research in preparation for the Shenzhen Sculpture Biennale in May and the Gwangju Biennale in September. Like a band of guerillas, we crowded together in spaces narrow, spacious, quiet, lofty, pristine, and dim, looking at artworks, looking at exhibitions, asking questions, conversing, observing, critiquing, and reflecting. These migrations, observations, and experiences were a fundamental, irreplaceable part of our work. In Antwerp, we visited the office of the architect Luc Deleu. Born in 1944, Deleu has spent his life studying city planning. In 2004, he put forward the “VIP City” concept, in which certain functional spaces in a city are connected by elevated roads. More importantly, Deleu envisioned a city in which all spaces are equal, a city organized such that there is no class structure of importance, and each component is equally important. This metaphor seemed to accord with the argument we put forth in 2011 in “Little Movements”: that in terms of creative work all subjects enjoy equal and complementary relationships with one another. Meeting Deleu showed us how other means could be employed to propose and attempt this kind of egalitarian consciousness and appeal. In March, the Gwangju Biennale organized a briefing at Art Dubai. For the first time, six curators from different countries in Asia discussed the artists and ideas we hoped to explore within the Biennale’s theme: “Roundtable.” Art Dubai gave us the opportunity to gather a lot of feedback. The most incisive question came from none other than Rasheed Araeen, a Pakistani artist from London. He asked one of the curators a question on the subject of history: does Asia today still lack a culture of art historical writing that genuinely participates in artistic discourse? Because we continue to consciously or unconsciously rely on European and North American narratives of art history, we lack a certain capacity to observe our own strong needs and desires, and we have yet to produce a methodology or a creative perspective. 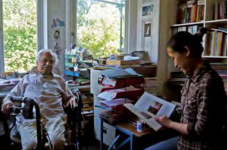 In early June, the Gwangju Biennale organized a roundtable discussion in the red lecture hall at the Tate Modern in London. We again addressed our own problems, including how we six curators understood art and history and the curatorial disagreements between us. It became clear that some wanted to have their own space to display their own themes and the artists they had chosen, whereas others were inclined to combine the selected works and themes. Not long afterward, I wrote an article for the Frieze website describing the various challenges we had encountered as we worked together to curate the exhibition. My article focused in particular on how the experience had shown me how, in Asia, we lacked both the interest and the opportunities to observe one another’s work. I attempted in my curatorial essay to analyze how we had lost a sense of curiosity about each other.

In early July, Nikita Yingqian Cai and I organized a three-day symposium at the Times Museum in Guangzhou. It was the first time in the Mainland that domestic and international art professionals were assembled to discuss curatorial issues and possibilities. Later, in order to help Liu Ding participate in a performance at the new Tanks at Tate Modern, I returned to London, met with the curator at the Tate and a few other artists, gained a full understanding of the plans, goals, and significance of the unveiling of the space, and learned how an art organization could stay in touch with the impulses and urgency of art and artists— all within one month.

My family and I moved into an apartment in Gwangju as soon as August arrived. We had to work together with the artists to prepare for the opening in September, and also, we were teaching a one-month class with Jens Hoffman for a group of 22 young curators from around the world. We spent more time in galleries than in classrooms. We hung out with artists, drove around to different studios and art institutions, and shared dinner, coffee, discussions, and experiences. I often encountered these students in subsequent travels— from Taipei to Hong Kong, from Bolzano to Amsterdam and Kiev. They enthusiastically introduced me to the contexts and ideas of their own work. Through art, we transcended distances and boundaries to become friends and colleagues.

Thinking back on the past year, I seem to have almost forgotten already all the places we went, as well as the hardships of these travels. But I remember yet the happiness of our encounters, the pleasures of learning, and the sparks generated by our exchanges. If I harbor any hopes for 2013, I can only say that I wish that passion and motivation continue to accompany me wherever I go. (Translation by Daniel Nieh)