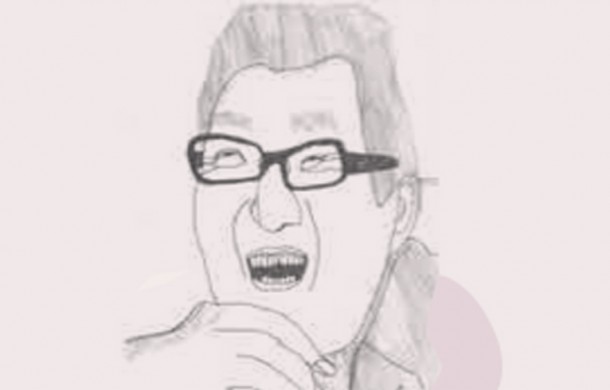 ALTHOUGH THE 2012 Taipei Biennale “Modern Monsters/Death and Life of Fiction” exhibition did not become a hot topic of conversation, it did, however, have an intellectual and avant-garde vision. Some said that the exhibition was very boring, or that the general public may have needed a degree of specialized knowledge to understand it, but I thought the exhibition conveyed its taste and themes very clearly, and out of all the biennials in 2012, this was of the highest quality.

dOCUMENTA (13) presented a broad perspective. Both the in-depth theories and the visual nature invoked feelings of empathy, triggering a sense of pleasure in the viewer—  the basis on which art should be built. Not only were the artworks top-class, but— again— they brought joy to visitors, forming a positive connection with the organizers, something few large-scale international exhibitions have achieved over the past few years. It is worth mentioning that walking-and-viewing art is the exhibition style I used in the 2006 Singapore Biennale, and in Kassel you could also see many visitors enjoying this kind of pleasant experience, interacting with the art. This was particularly true of Tino Sehgal’s installation, which not only included the artist’s own unique aesthetics, but was also extremely persuasive in attracting visitors.

In 2012 the Mori Art Museum formally introduced Japanese audiences to contemporary Arabian art for the first time, exhibiting the work of over 30 artists. In this exhibition we gazed at a country and culture hitherto unbeknown to us, a very significant endeavor. More important than the so-called art is getting to know and understanding countries and cultures about which we know little. In this sense, Asian countries, including China, can perhaps try to surmount national barriers and get to know the art of more countries, thereby developing a deeper understanding of societies and cultural ethos of the world over. 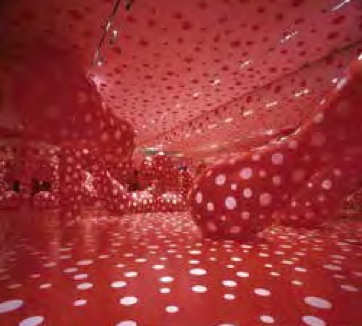 No one can surpass 2012’s most impressive artist, Yayoi Kusama. The art world does not exaggerate when it says that this year was Kusama’s year. Few artists have shown in so many countries in one year. From 2011 to 2012, she mounted solo exhibitions in the Reina Sofia, the Tate Modern, the Pompidou, and the Whitney, as well as a traveling exhibition to many of the top art museums in Europe and the United States. In addition, there was also her well-known collaboration with Louis Vuitton, for which her specially designed works were shown in LV exhibitions around the globe and her artworks were paraded in LV store window displays— as was a wax model of Kusama herself. The endless dots could not fail to astonish all those who saw them. Yayoi Kusama has not only had popularized commercial collaboration, her exhibitions have helped contemporary art reach the masses.

Looking back at 2012, I think the structure of the world is gradually changing— not just with the rise of China, or the renaissance of other Asian countries. If we look deeper, the value systems of the world around us are shifting. We are facing a new set of values brought by how our conduct is changing the world, by the global values we once knew now being usurped. To take it further: as we explore non-economic supremacy and support new technological reform for the sake of the next generation’s survival— how will this reform offer the generation a new society, a new vision?

In addition, future societies will have to begin with environmental protection. The increased use of computers, the Internet, and energy sources, as well as transportation systems— these will form an entirely new system that will change our styles of living. Furthermore, trends in the reform of the expanding spheres of nanotechnology, genetic engineering, IT and the Internet will fundamentally change the definition of humanity and society, and will bring us new outlooks.

For all this progress, all these new views of the world, art’s position is actually conservative and backward. I hope tomorrow beholds the appearance of a brand-new future, that a new form of artist and artwork enter the world. (Translation by Duncan Darroch-Thompson and Kwanyi Pan)