Visitors to this year’s inaugural “Future” exhibition at the Central Academy of Fine Arts Museum, should they have ascended the rampway between the third and fourth floors, could not have missed a several meter long array of hand drawings haphazardly strewn along the wall: a detailed outline of all employees of a southern Guangdong municipal government, from the Forestry Bureau to the Taxation Bureau, complete with select Party members and their telephone and license plate numbers. Here was a very indiscreet revelation of power. Revealing the car models of government officials is an allusion to the ancient tale Romance of the Three Kingdoms, in which the qualities of each ruler general can be surmised by the qualities of his horse. The generals here, though, are uglily mutated in grotesquely dwarfed sketches, their horses laughably cartoonish. Bare and forthright in its gall, Song Ta’s Civil Servants could not have been comfortably placed anywhere more prominent— indeed, it was surprising that it was even allowed to show.

Or at least, the divulgences of Civil Servants could not have been about government officials here in the capital. Demonstrating the limits of his power and theirs, Song Ta secured the only private information he possibly could, and only as he could: that of his hometown government, through a network of personal contacts. According to the artist, the work has borne no negative repercussions. In fact, he even claims to have befriended some of the Party members listed in this extended “family tree.” An exaggeration or not, the claim, and the successful exhibition of the artwork, illustrates the gray areas in Chinese society that Song’s work seeks to explore. In 2011, this exploration was embodied in the third-party performance piece Gray Area. In China, government officials are expected to be clean shaven; a smooth face is not only a professional asset, but perhaps also as an indication that its owner is morally upstanding— ironically, as Party members are rarely praised for their virtue. Song Ta invited— again, as it is only possible, through his connections— a civil servant to cooperate “in secret” to grow facial hair, thus probing the tolerance of the servant’s superiors, and by extension the superiors’ own ethical “cleanliness” (only the righteous take note of the iniquitous). If a viewer were to detect any commentary on the virility of China’s leaders, that would not be a baseless assumption, either; the typical Asian male, of course, can only grow but faint stubble— a fact that lent perfectly to the work’s title.

Gray areas span not only tolerance and masculinity, but also public ignorance and humor. For the 2011 video Kids, Song Ta spent several days sending friends to the information desk at the Guangzhou Zoo to announce that they had lost their children. And so the attendants would broadcast missing children announcements over the loudspeakers. The catch was this: the names of these non-existent children were homonymous with the members of the Standing Committee of the Communist Party of Guangdong Province. This subversive farce was compounded by Song, who chose to record the ignorant activities of different animals on film while the officials were unwittingly invoked over and over— giraffes grazing, chimpanzees cavorting, zebras, ostriches… Likening some of the country’s most powerful men to captive animals is sedition of the most prankish sort— but more importantly, Kids is a manifestation of litotes. While the audience equates cadre to kangaroo, Song intends to ironically demonstrate the opposite: the audience is the real captive animal. We are slaves not only to the political mechanism, but also to another institution: the contemporary art mechanism. 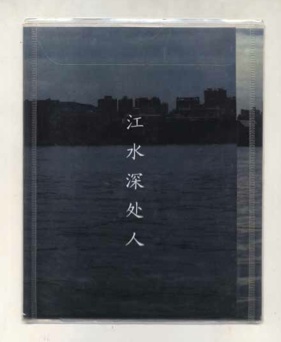 Extending the metaphor, art and its bureaucratic upholders are a zoo, too. The illusion that contemporary art is a haven for freedom can be easily dispelled by the neoliberal framework that underpins it today; art still must bow down to economic and political demands in order to succeed in its dissemination and solicitations for appreciation. While still relishing the liberties of being a young, financially unmarketable artist, Song Ta mocks the institutions on which Chinese contemporary art relies in a deliberately untitled group of computer desktop icons. With disdain and defiant laziness, he tosses his paintbrush aside and uses Microsoft Paint to create primitive emblems for the galleries, academies, and museums that loom over the contemporary art landscape, diminishing their grandeur and thus, their exaltation. This digital only artwork is yet another cunning prank: while Song spits in the face of the museum, the museum will acquire this spit, go to great efforts to turn it into a tangible object, and proudly exhibit it on pristine white walls. Yet is this prank actually all that facetious? Much like a child who dreamily memorizes information about the places he wishes to visit from an encyclopedia, Song might simply be blankly reiterating the hopes and aspirations of artists around the country. Like the government above them, these institutions dominate the fantasies of their disciples, admirers, and even abhorrers.

The absence of heavily stylized visual aesthetics in much of Song Ta’s work is rooted in the conceptual rejection of authority, but also in the concrete rejection of object ostentation that governs much of contemporary art creation, collection, and criticism. In other words, Song’s work is closer to dematerialized conceptual art than to “performance,” which he usually uses to categorize his work. This dematerialization is ubiquitous to the point that one suspects whether some of his artworks were ever even realized in the first place. Of course, whether or not an event takes place in space and time does not affect its speculation; on the contrary, such doubt only serves to increase the conceptual depth of the artwork. It is more interesting to think about the enigmatic sound of a tree falling than to actually hear the tree come crashing down.

One such artwork is his The Mayor Watches a Horror Movie, another 2011 “performance” that saw Song Ta imagine a terrorist attack that would cause the Pearl River to flood the Guangzhou subway system with water “like a rat hole,” film this nightmarish vision, and send the finished product to the city mayor. Song’s purported objective was, by illustrating such a disaster’s potential happening to the authorities, to qualm his own paranoia. Yet as this video was sent to the mayor and to the mayor only, we will never know whether the mayor ever watched it, or more pressingly, if the video was even made in the first place. This engenders a curious species of affect: not only are we frustrated at being withheld the truth, we are mocked, exposed as rats. Song reminds us of our tacit consent: no matter how unwilling to be governed, we still expect obligatory protection from our governors. Powerless in status, we both deplore our helpless selves and begin to wonder if the mayor has done his civic duty and looked into this disconcerting vulnerability.

The artwork of Song Ta is like this: at once a reminder of natural law, and an offering for the consideration of the upholders of this law. Technical finesse and common aesthetic concerns are almost entirely shunned as the brunt of the artwork opts instead to take the form of a political barometer. In other words, this young man spends less time making his art look pretty than he does testing the accepted limits of art’s public intervention in the political sphere, and more obtrusively, our awareness of how the political sphere surrounds us. Aptly so: his is a practice that, wittingly or not, serves to reflect public cognizance. Should he one day find success with his artistic exploits, we will be certain to take note of what kind of car he drives, the breed of his horse.