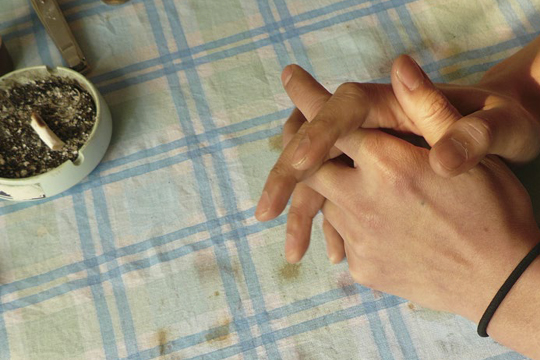 You may be surprised to receive this somewhat sudden letter. I’ve been doing this letter exchange project for four years now, which will be published as a compilation this year. I’ve always wanted to translate the project into English, and after discussing it with a LEAP editor I have decided to try it a few times in the magazine and see how it goes.

First let me describe the art that I do. In the Japanese art world I have, up until now, not just been known as an artist who creates pieces of art. I operate from different standpoints, I sometimes try to extricate myself from the artwork and its exhibition and try to investigate and critique these from the point of view of the creative condition today. One way I do this is via a podcast, through which I relay my interviews with contemporary Japanese artists, curators, and critics. Another medium is ARTiT, Japan’s only Japanese-English online art commentary magazine, via which I publish my letter exchanges with contemporary Japanese artists, curators, and critics. If you were to ask me why I started this project, the original reason was that I found the Japanese art world to be lacking in critical vision. Now, it has undergone huge changes. In addition to starting their own magazines, artists are holding seminars and discussion forums.

Over the past five years, while working in and around Asia, I’ve had many opportunities to observe the artistic environments in many different places. In these areas art organizations have not yet fully matured, so they seem a bit chaotic. The art in some areas focuses on economics, leaving the artists in something of a dilemma. There are quite a lot of buildings designated as “museums,” but even the definition of the term “curator” is quite different from our own. Even so, in discussions with these artists and curators I met in these places, I gained a huge amount of experience.

If I may, I would like to ask you a few questions, some specific, some abstract. They may all be nothing more than details, but I hope I can link them all together such that in the future they can be arranged to form a constellation of this. For this, I would like to start with you.

Firstly, I am curious, what are your thoughts on “representing Hong Kong” at the Venice Biennale? The reason behind this question is that I will also “represent Japan.” I’m not particularly interested in such Olympic events—representing a country’s artistic identity is itself anachronistic. Or perhaps the situation in Hong Kong is different? Yet the ideology behind having an artist representing the identity of an entire area identity is the same. What do you think?

Secondly, what do you think of being labeled an “Asian artist”? Of course we are Asian artists, and sometimes I wish others would call me that too. Instead, I’m called a “Japanese artist,” which often is synonymous with terms such as cute, futuristic, or technical finesse. I wonder what your thoughts on this are.

Of course, when I work I don’t do so with the Japanese consciousness in mind, so the Venice Biennale offers an excellent opportunity to consider this issue. Some people focus only on the provenance or very specific context of an artwork, and are thus unable to see the bigger picture. After the 2011 earthquake in eastern Japan, I started thinking about lots of different problems, which I will expound upon at the Japan Pavilion.

Having moved to Los Angeles, I’ve found that I can disassociate myself from my Japanese self. I’m really interested in Japanese postwar art history, I think even more so than before. What are your thoughts on art history? How does it play into your own artistic practice? Of course whenever you talk about art history, people will inevitably ask, “the art history of where?” But I don’t think that the distance between representation and art history is that particularly far.

I look forward to hearing from you.
Koki
April 9, 2013 Los Angeles

For me, to be called an “Asian artist” means two things. First, I am from Asia—no room for argument there. Second, this so-called art industry (whatever we like to call it…) is basically from “Western” countries—again, there is no need to argue this point. Then what does it really mean to be called an “Asian artist”? Or in my case, to be called a “Hong Kong artist”? This concerns me not as an artist but as an individual. Luckily, or somehow unfortunately, I am an artist. I can do something I want. Instead of thinking about the regional issues, I prefer to ask myself why I am somehow privileged (as compared to others who are not artists). I care about Hong Kong just because I am a Hong Konger.

How do I feel about “representing” Hong Kong? Firstly, I’m happy to work with a good team. Apart from that, I don’t have any particular feelings. I don’t want to criticize this kind of regional categorization, simply because I can’t change it. I take it as another show that I want to do well. That it to say, to make it part of my body of work, which I hope keeps evolving according to the changes in my life. In this sense, the works, or the show, should reveal some of those things I have observed in my life—everything that happens to and around me. But I don’t think I’m able to include all of these things, simply because I don’t think art can change everything (even though sometimes you really believe it can), particularly on this kind of ‘platform.” I simply don’t want to let people consume the so-called local issues that I am really concerned with. That won’t help change anything. I prefer a response to these so-called local issues in some other way, say, by participating as a citizen rather than an artist. By being practical and realistic.

Sometimes I don’t even want to call myself an artist. But if to be an “artist” means that you are destined to be and able to emerge yourself into something. It doesn’t matter if you are a man or a woman—the main question should be how to be a good person, rather than how to define what a man or a woman is. I can’t imagine anyone saying something like I am Hong Kong man or Hong Kong woman. “I’m from Hong Kong.”

Hong Kong is confronting a drastic change socially and politically. In this kind of competition- like exhibition complex, imagining a scream might help one understand. What I am referring to is actually a kind of self-victimized attitude. But I don’t spend a lot of time in Hong Kong. I think it is good to keep a distance from your mother country or city. I am not clever enough to keep a clear mind if I don’t keep a distance to certain problems or things that I really care about. It is the same with the art industry. Sometimes it is not about art at all. The same goes for art history: Art history is part of history, or civilization. However, understanding how and what it is, for me, is still a very enjoyable process.

I studied Chinese and Western (mostly Euro-American) art history. I also studied a bit of art history from other countries. But somehow they were all linked together. Doubtlessly, this had to do with what and who was selected to enter the art history books. Anyhow, I can’t say that I am not influenced by them. Art history is readymade—it is here and you can use it or put it aside. And if you don’t put it aside, you can’t delve any further, because if you tend to use it all the time, everything would turn out the same. Anyway, knowledge should become a part of you once you learn it. I say that a knife in your hand should be used to cut an apple, or something else, but not to threaten others when you are not in danger.