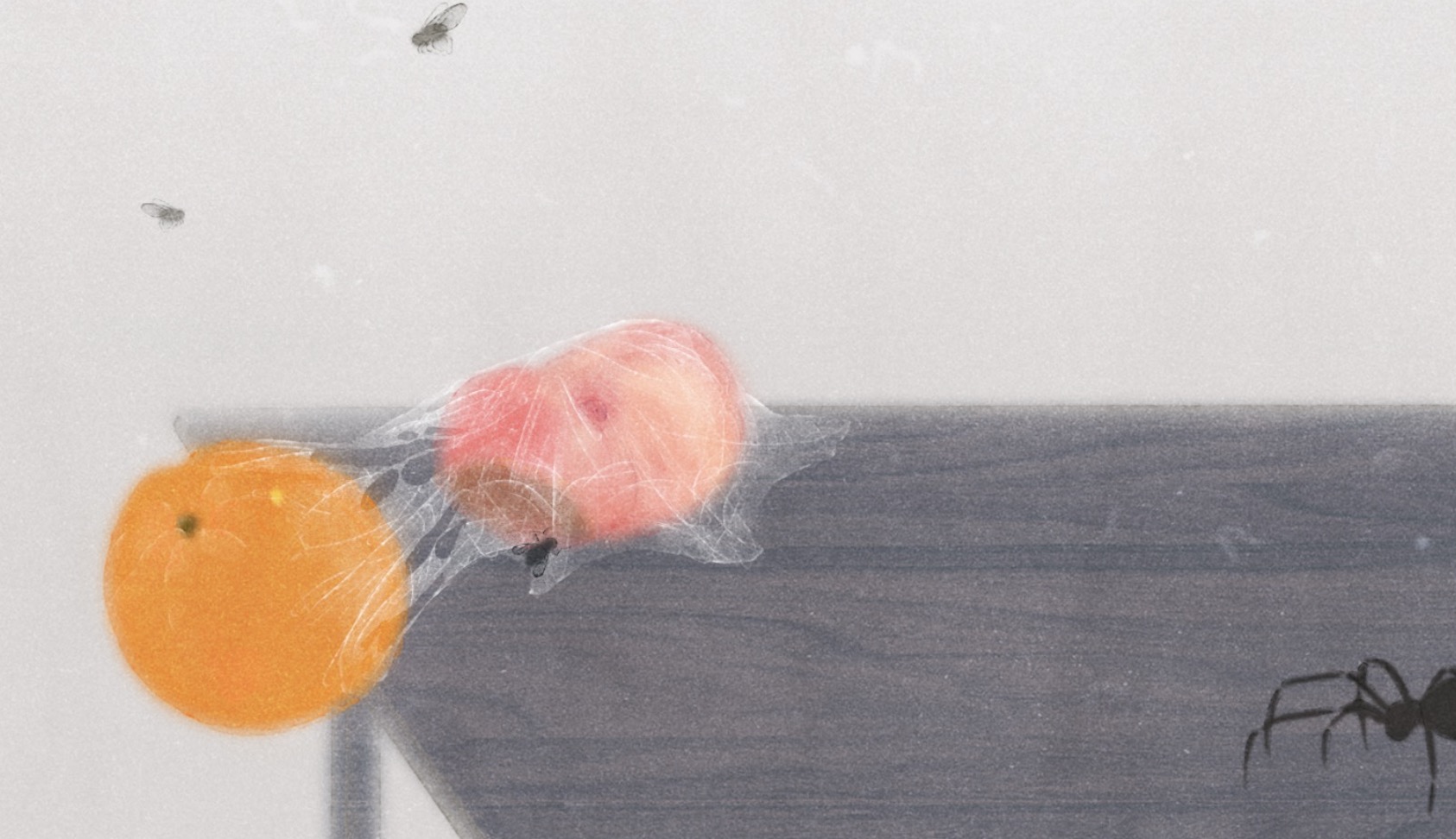 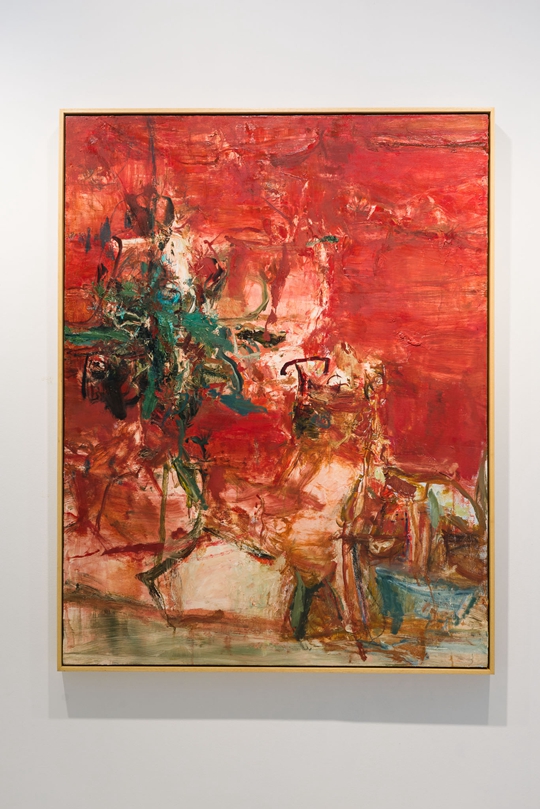 There are those who say that if an artist not of the ‘West’ engages with abstraction, conceptual practices, and other approaches generally perceived as descending from the European tradition, they are abandoning their cultural heritage, merely aping the ‘West’ in some sort of cultural cringe, or colonial hangover.

Conversely, especially with regard to China, there are those who identify such practices as mere extensions or continuations of that uninterrupted tradition spanning five thousand years–which in turn is in danger of diminishing the risks taken by such artists. 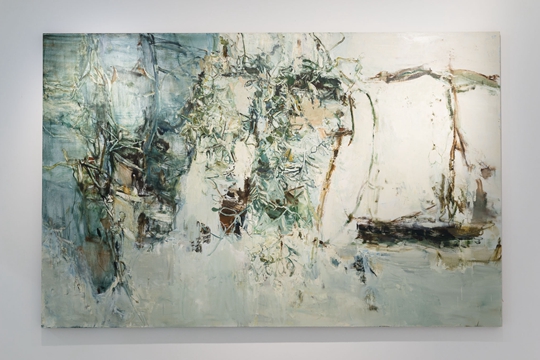 With that framework in mind, the painter Tu Hong Tao’s first exhibition in Singapore seems fairly distant from both of those extremes, positing Chinese calligraphy as an alternative origin of abstraction, while also working in oils. That the works in Tu’s The Landscape may not jump out immediately as landscapes may be attributed to the diversity of intricate details which draw the eye closer, flitting from detail to detail before stepping back to take in the whole.

Tu’s canvases alternate between lavishly layered, detailed areas of focus, and swathes of comparative sparseness. The emphasis on the calligraphic line yields traceries of wandering linework suggestive of form and mood. 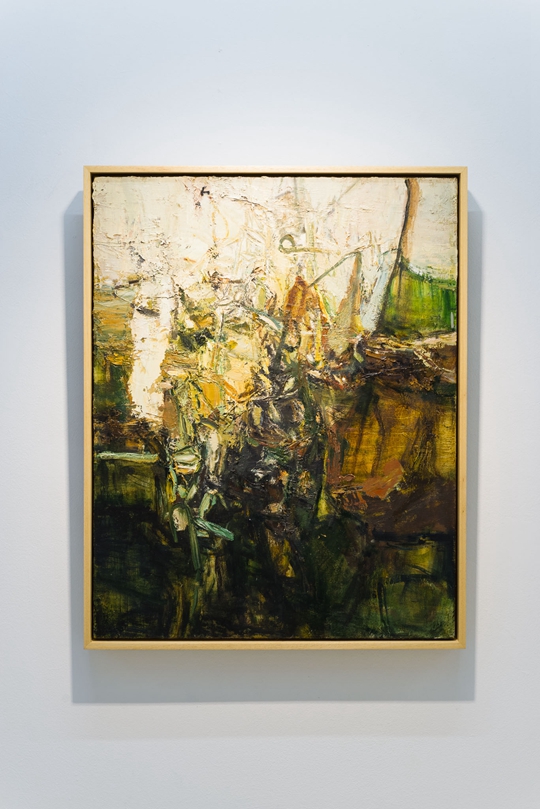 A highlight of the show are his works on paper, two of which are rendered on thrice-layered Cloud Dragon paper to achieve a sense of body, whilst amplifying the textural qualities of the swirling fibres characteristic of the medium.

Extending that layering further is his restrained use of collage in “Within Time,” in which a printed image of bamboo stalks merges unobtrusively into the composition. Another work on paper, “Two Intense Stones,” is both reminiscent and distinct from traditional Chinese painting, with its dappled rain of calligraphic text passing over a pair of expressively rendered stones. 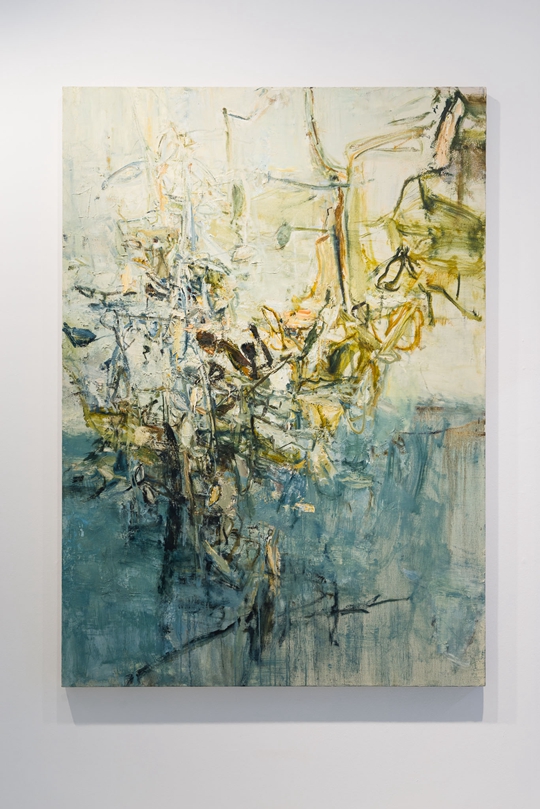