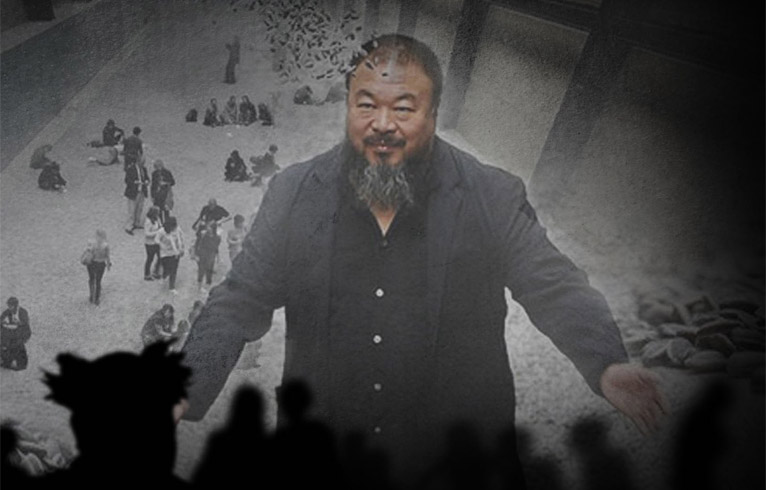 I ran into him the other day at the Element Fresh near the Lido Holiday Inn hotel in northeastern Beijing, not the sort of place you’d necessarily expect to find the first true superstar of Chinese art. But if that’s where Uli Sigg, the man at least indirectly responsible for a good part of that stardom (if only the architectural part, by introducing him to Herzog and de Meuron nearly a decade ago) wants to meet there, that’s where he meets. I ordered a coffee and we talked about photography and his toddler, the sort of ordinary conversation that belies what a monumental year had just elapsed for him.

His canonization had been predicted since 2003, in progress since 2007, and finalized in 2010— more specifically in the twelve months between the opening of his retrospective at Haus der Kunst (see LEAP 1) and that of his Tate Modern Turbine Hall Commission, early October 2009 to early October 2010. How that happens is no secret to those who have watched art stars rise and fall over the world. We curators and critics are lemmings, and the cliff exerts its pull. Having a name that is easily pronounced and that sits at the top of roman-alphabetical lists is a booster, the cynics joked, but everyone knew that he was destined for this. The first moment I believed was when I saw a tattoo of him in, well, The Believer back in late 2007— an indie literary magazine that would never deign to cover “contemporary Chinese art” as a category. The second was walking down a street in Munich with him and his entourage, looking for pig trotters and watching matron after matron approach him for an autograph on their copy of that day’s Süddeutsche Zeitung. The third was when my father sent me a BlackBerry Messenger photo of the sunflower-seed carpet taken on his lone free afternoon during a November week of business in London. If Roger Angell had written his usual New Yorker rhyming Christmas roll call of the year in names, we suspect his would have been on it.

The reasons for this extraordinary popularity are obvious, and in this publication, which is still part of the official system here, they can’t all be spoken. But they don’t need to be; you can read about them in newspapers around the world, or watch one of the copious films that have been or will be released on him in the coming months. Suffice it to say that in the eyes of the global media, and those of a smaller group of acolytes inside China, the old Li Xianting maxim holds that “the important thing is not the art.” And yet the art makes the entire thing more important, as an intellectual and indeed moral position is articulated in, then dignified by, an increasingly ambitious practice. The obvious example here is the aforementioned Tate commission, or as it is more directly known in Chinese, the “Hundred Million Seed Show.” That he could supply an installation on this scale bespeaks an apparatus so massively developed as to defy logic. Where a few years ago it seemed an impressive feat that he could assemble a thousand ordinary Chinese and fly them to Germany for a weeklong stay in Kassel (Fairytale, 2007), we now realize that nearly since those temporary visitors returned home, another legion of 1600 had been at work molding, firing, and painting the ceramic seeds, tray by tedious tray.

The first thing to acknowledge about the piece is that it critiques by enacting the object of its critique: just as the dropped urn was a call to acknowledge the built heritage then facing destruction, Sunflower Seeds conspicuously squandered cheap labor with the express purpose of proving what is legally and economically possible, if morally and spiritually suspect. That the entire project would find itself under quarantine for offending British standards of health and safety after a single day on view only deepens the critique, throwing the parallel anxieties of these contrasting systems into high relief. Like most of his art, it is a heartfelt object lesson in “the state of things” (to invoke the title of the exhibition he curated with Luc Tuymans in 2009).

For the purposes of this short meditation, and of the (Chinese) art world generally, his activism is not the issue. The issue is rather what it means, after a decade of wondering who would be “The Chinese Murakami,” indeed “The Chinese Warhol,” to have this question suddenly, indelibly answered. “He is the most famous artist, in the world, since Josef Beuys,” said Hans Ulrich Obrist, himself the most visible curator since, well, there were curators, and yet still nowhere near as ubiquitous. That he has cultivated two distinct followings, domestic and international, seems to mimic the discursive division that pervades the entire scene. All of this aside, his emergence is even more a symbol of the “rise of China” than a critique of it. We may not even stop to acknowledge it, as we are usually caught up in one or another machination in his seemingly endless story, but the end of the decades-long “spring roll” era (Li Xianting again), it seems, may have been announced by the coming of a hundred million sunflower seeds.