Massimo Torrigiani is not just another fair director. Before taking the position late last year, he launched the photographic quarterly Fantom, the latest in a long string of cultural entrepreneurial ventures. We caught up with him for Japanese barbeque in Beijing to talk about his plans for the fair and his read on an art scene he is getting to know. 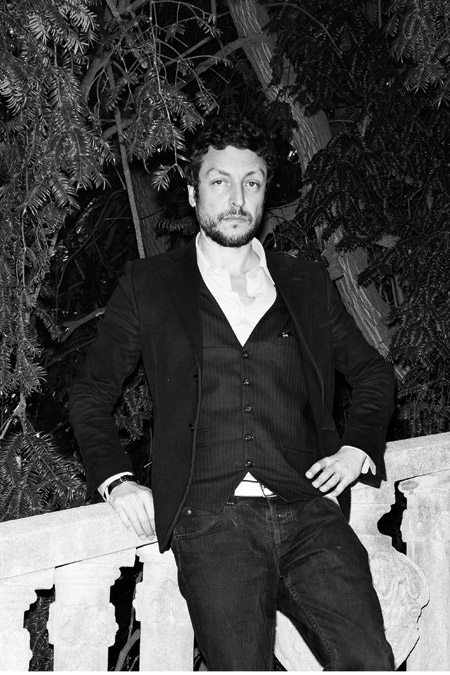 LEAP: So, hard questions first, what’s it like directing a fair that has seen so much turnover?

Massimo Torrigiani: I sometimes say that the reaction that I get is a mix of curiosity, suspicion, and pity. It’s pretty tough, but I’m optimistic about the project. A strong art system needs a strong fair. It’s a challenge and that’s why I accepted the job.

LEAP: And we guess you’ve heard about this little art fair they have in Hong Kong now.

MT: Hong Kong is the outpost of Western galleries into Asia. It’s the outpost of a market strategy. I want to do a completely different fair, and I think the two can coexist. Hong Kong has increased the number of blue chip, international galleries, but Shanghai is completely different. It’s one of the most interesting cities in the world. Art there is linked to the other creative industries.

LEAP: So you are looking to play on that relationship.

MT: For me a contemporary art fair should be contemporary more in the sense of the concept of the show than the actual works. It’s contemporary in the sense that it’s in constant dialogue and open, like breathing in and out, taking in from the city and giving back. What are these?

LEAP: Gingko nuts. They’re really good. They fall out of trees. Do you have a lot of business pressure from your parent company?

MT: The pressure is actually to make a good fair, because it has been going downhill. But I think it’s gone downhill because there was an original sin in its conception. In the beginning the goal was to make it an outpost of international galleries in Mainland China. But international galleries have no interest in the art system here becoming strong and independent, which is what makes a good fair. My strategy is to build a strong backbone and work with the stakeholders— to have the good Chinese galleries, both emerging and established, and the Asian galleries, be there first.

LEAP: Are you ever daunted by operating in this new context?

MT: I think that one of the strengths that I have is that I am a stranger, coming here, out of the blue. I have no strings attached, no one to please, no friends to push, no galleries to sneak in. I might make a few mistakes. I don’t want to say I don’t want to make mistakes, but if I do, I want to do it consciously— like having a photography section, or a special exhibition devoted to ink painting.

LEAP: Speaking of photography, you are also the publisher of one of our favorite new magazines, the photographic quarterly Fantom.

MT: Yes, in the beginning some friends were very skeptical; why in 2009 would you want to launch a magazine devoted to a single medium? But as we move along it seems to make sense. I believe that photography is extremely relevant conceptually. Right now one of the main things that concerns us culturally is the relationship between fake, true, and false, and photography sits right there at the crossroads of this problem.

LEAP: We hope you’re not not eating because we’re making you talk.

MT: No, I’m okay. I had a hamburger earlier at Timezone 8. It wasn’t bad at all.