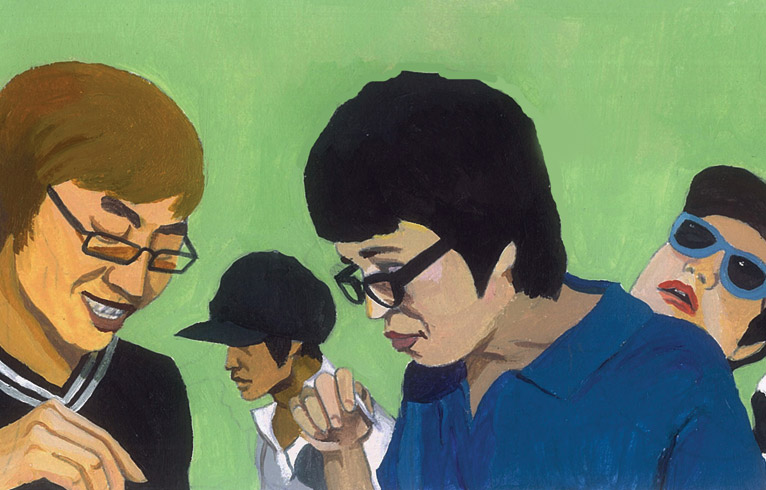 THE DAYS OF China exuberance in the U.S. are over, as everyone knows, and as the recent edition of Art Basel Miami Beach testifies. Where in 2007 you had a glitzy Sotheby’s selling show aptly sited in the Mandarin Oriental lobby, this year the China-specific pickings were slim. Emaciated, even. With that in mind the LEAP delegation made its way to a panel called “Art in China: Social Seismology and Economic Topograhy” that we had been asked, at the last minute, to co-moderate. And so we headed that Friday night in a commandeered VIP car driven by an off－duty Coast Guard helicopter pilot to an art storage facility in Wynwood called “Museo Vault.” There, in a storefront gallery owned by a market-savant rabbi and full of minor works by major artists (a boombox bearing a Keith Haring squiggle!), opposite a slick space selling cheap Chilean minimalism, we sat down to talk.

They weren’t even sure we would show up, which is why the organizers of the panel, billed as “a gathering of leading Chinese artists and economists,” didn’t bother to do much on the PR front. It was our fault, we let the emails slide. When we sat down on a few folding chairs in the middle of the gallery with our comoderator, the elusively pseudonymous Zachary Mexico, there was no audience to speak of save for a Brooklyn Law School student moonlighting for the website ArtSlant. For our part, we had failed to deliver any “leading Chinese artists”— were there even any in town aside from Liu Di, the young photographer right then receiving a Lacoste prize with his gallerist Meg Maggio?— and the lone “economist” was in fact a Chinese-American currency-trader-turned-creative who was prepared to speak fake Mandarin while Mexico, whose several years in China included tending bar for the Auction Painters through the height of their early-2000s Kunming period, feigned consecutive interpretation.

Instead, we talked amongst ourselves about Caro’s biography of Robert Moses (key concept: “stakedriving”), when Ai Weiwei might next be let out of the country, and how he was faring in the wake of his airport run-in, a mutual photographer friend who flies around the world shooting fake Facebook profiles for use in iPad ads, and how the Yeah Yeah Yeahs played in one of the organizers’ Williamsburg lofts way back in 2001, before hipsterism had even been named. China was a subtext, as it sort of always already is. Tremors were noted, landscapes were charted. Eventually the rabbi’s aide-de-camp kicked us out and locked the place up. We wondered for a second about the strangeness of the event, then looked down at the announcement card, which had been misprinted to read “… Economic Typography.” A literal typographical error! And a metacritical evening to boot.

After meeting with Chinese indie film distributor dGenerate Films at their new office on 38th Street in Manhattan, a short deli-dotted stroll from the B&H video super store, we hopped the R train downtown to 8th street en route to NYU’s Tisch School of the Arts, passing on the way a coterie of flannel-clad film school hipsters smoking Camel lights, donning obscenely large headphones and throwback Nike dunks. Arriving at the Department of Cinema Studies, it was clear that the usual suspects were in town for a workshop on Chinese documentary organized by NYU professors Zhang Zhen and AngelaZeto, wi th Japanese documentary scholar Markus Nornes, anthropologist and filmmaker J.P. Sniadecki, Goldmiths professor Chris Berry’s protégé Luke Robinson, and others all gathered on the scene for a pre-workshop screening and discussion, “On the Edge of Documentary in China: The Films of Yang Rui.” 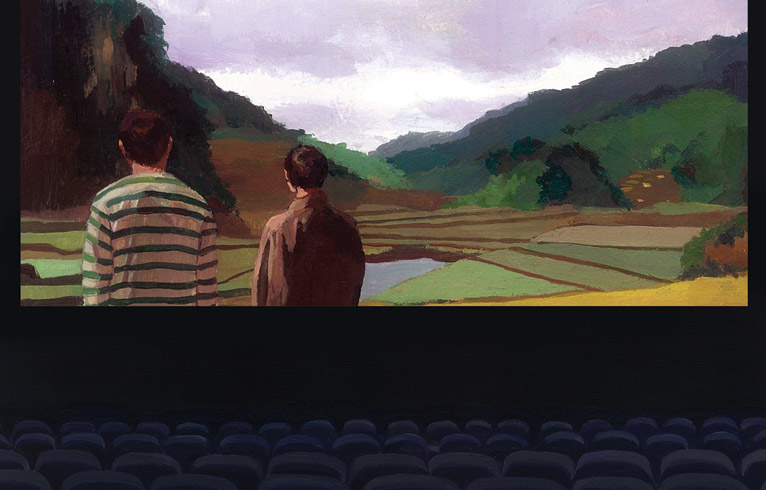 Yang’s second film, Crossing the Mountain (Fan Shan, 2009), is a narrative work, though one with a strong documentary impulse, as she casts non-professional actors from a Burma－bordering Wa village as her characters. In her highly stylized form of “ethnofiction,” she captures the rhythms of daily life through the patient gaze of the camera, constructing a visual experience that is paced, in Yang Rui’s words, like “an old man slowly inhaling and exhaling.” Sound artist Yan Jun’s score, with its range of ambient electronic feedback and jarringly harsh noise, gives the images transcendence when experienced alongside Yang Rui’s meditative long takes and deft representations of village spaces where “violence lurks in the forest— headhunters, bombs, riflemen— but so do games, puzzles, dances, and love.”

The post-screening discussion, featuring tag-team simultaneous translation by Angelo Zeto and Zhang Zhen, brought out the usual smattering of questions deployed in scholarly parlance: directorial subjectivity, the gaze, the constructedness of narrative, etc. The real discussions were to happen the following day at the workshop, though only for invitees, the privileged few. At the reception, fueled by a steady flow of cheap wine, the China stories took flight: a young ethnobotanist’s plant-gathering adventures in Nujiang, an aging filmmaker’s unedited tapes from Kashgar in the early 90s, and the like. Others scrambled for positions at the free computers— their gmail accounts clearly couldn’t wait. We got out just before being cornered by an NYU film student talking about how she staged an ethnographic mockumentary on the matriarchal Mosuo of Yunnan. We were careful not to trip over the manic, exam-plagued undergrads on the way out.