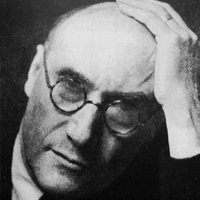 Born in 1942, Giorgio Agamben currently teaches at the Università Iuav di Venezia, the Collège International de Philosophie in Paris, and the European Graduate School in Saas-Fee, Switzerland. In works including Homo Sacer and The State of Exception he furthered Foucault’s and Arendt’s explorations of political philosophy, while his original views on human rights and biopolitics have won him a widespread following in academic circles.

Agamben’s writings draw heavily on theology and the Greek classics, which can make them difficult for readers unfamiliar with Western culture to fully appreciate. One good starting point is his first book, The Man without Content, which Agamben penned at the age of 28. The book explores the complex relationships between creation and aesthetic appreciation and between artist and audience in Western art history. The text displays Agamben’s remarkable organizational capacity and breadth of knowledge— to the extent that philosopher Lu Xinghua included it on his Weibo list of “The Ten Essential Theory Books for Building a Basic Understanding of Contemporary Art.” 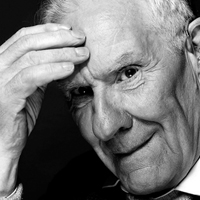 Born in 1937, Alain Badiou is the author of works such as Being and Event and Logics of Worlds.

Badiou has been said to possess the greatest analytical capacity since Hegel, and he is the most influential radical intellectual alive today. He became politically active during the Maoism of the 1960s and later wrote a letter to Le Monde in support of the Khmer Rouge, declaring his opposition to Vietnam’s invasion of Cambodia in 1978. Slavoj Žižek describes him as “an author who combines the three great Ms of scientific, aesthetic, and political revolutions: mathematics, Mallarmé, and Mao,” and his unique methods as a combination of rigorous mathematical knowledge, genuine philosophical feeling, radical political activity, and the sensitivities of an artist. 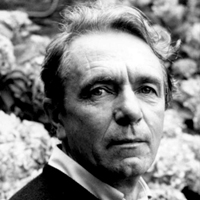 Born in 1940, Jacques Rancière presently teaches in the Philosophy Department of the University of Paris 8 (Saint Denis) and at the European Graduate School in Saas-Fee, Switzerland.

As a young man, Rancière assisted Louis Althusser, his teacher, in the drafting of Reading Capital. That text was published in 1968; in May of the same year, protests rocked Paris. These events greatly influenced Rancière, who did not agree with Althusser’s attitude toward the student protesters. Separating himself from the doctrines of his mentor, Rancière began to form his own views, which can be summarized as the rejection of that which is “pure.” In his study of labor movements, his pedagogical positions, and his discussions of aesthetics and democracy, Rancière refuses to consider hypothetical, idealized situations. It might be said that for Rancière, there are no chessmen, only a chessboard. Intellectuals deeply concerned with the world tend to seek to purify reality by eliminating the miscellaneous and decayed in order to reveal what is beautiful and good. Rancière rejects these tidy methods and maintains that reality will always be a mixed bag in which disorder itself is the locale of hope— in both politics and art. In recent years, much of Rancière’s writing has addressed aesthetics, and his readers in the art world have grown in number. 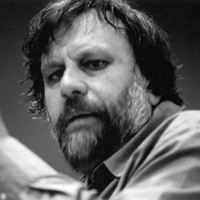 Born in 1949, Slavoj Žižek is a senior researcher at the Institute of Sociology, University of Ljubljana, Slovenia, and a professor at the European Graduate School. He is one of world’s foremost scholars in the fields of Hegelianism, Marxism, and Lacanian psychoanalysis.

Žižek’s celebrity has long since transcended academic circles. He has explored topics including Hollywood films, visual art, financial crisis, terrorism, environmental disasters, and recently, the Occupy Wall Street movement— all of which are phenomena that have transpired or are transpiring right in front of our eyes. This Slovenian philosopher is quick in his responses and wields a facile pen, often discussing current events while composing his theoretical treatises, a fact which no doubt contributes to the great breadth of his readership. Consider the rallying cry for volunteer translators from Hong Kong’s Žižek Society: “Want to save the world? Want to live a more meaningful life? Don’t hesitate, email us immediately!” Of course, some have criticized his theories as unsystematic, and others have described him as a “Leninist thug.” But putting aside these academic disputes, applying the ideas of the ABRZ to the “theory fever” in Chinese art does not require one to agree with all of their theories. The relationship between art and theory is, as the artist Liu Wei has said, like “two parallel lines.” Perhaps it is better for us to imagine them as two participants in an endless race; the one exists only to make the other run faster. 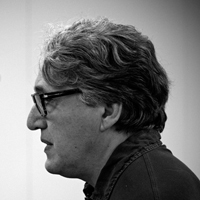 Born in Berlin in 1947, Boris Groys spent his high school and university years in Leningrad, where he studied mathematical logic. He returned to Germany from the Soviet Union in 1981 and earned a doctorate in philosophy at University of Münster. Today, Groys teaches at New York University and is a senior research fellow at Karlsruhe University of Art and Design in Germany, specializing in Russian and Slavic area studies, aesthetics, and art history.

Groys’ personal experience of both of the major ideological blocs of the twentieth century affords him unique insight into the residual mutual confusion on both sides of the Iron Curtain about the events of the 1960s and 70s. This grasp of reciprocal misunderstanding remains pertinent till this very day. These themes have shaped Groys’ work all the way from his early writings, such as The Total Art of Stalinism, to the curation of the Russian Pavilion at last year’s Venice Biennale. In addition, his collection of essays Art Power addresses a variety of roles and phenomena of the art system. Groys’ essays rarely focus on individual artists or artworks; he prefers to present a clear paradigm for the overall situation, leaving individual judgments to the reader. In terms of rhetorical technique, his English-language essays are quite simple, but he also unhesitatingly employs abstract terminology and concepts. Groys maintains a certain precision without getting bogged down in the details. Regardless of whether or not English is your first language, or if art or philosophy are not your field, Groys’ essays make for a rewarding reading experience. 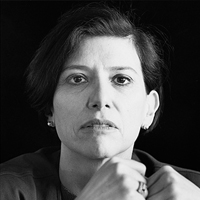 There is a very specific reason to choose these four writers: as representatives of the art journal October. In 2005, Foster, Krauss, Bois and Buchloh collaborated to produce Art Since 1900: Modernism, Anti-Modernism, Post-Modernism, a review of twentieth-century modern art from four different theoretical perspectives. This text, which has become an important reference in the pedagogy of American art schools, also to an extent represents a certain critical writing style. In 1972, Krauss left Artforum to found October with Annette Michelson. They took the periodical’s name from the film October: Ten Days that Shook the World, a decision with clear political implications, and their refusal to use any images in the magazine embodied the editors’ uncompromising academic position.

Most contributors to October are American art history professors, of whom Krauss is representative. She grew up amid the dynamic New York art scene of the 1960s and 70s, where she both directly and indirectly facilitated the art world’s transition through several different phases. October also possesses a rigorous methodology that allows artworks to generate meaning within the greater framework of philosophical theories. Once upon a time, even, the journal was an important forum for the debate over Post-Structuralism and Postmodernism. Although its main writers have already matured from rebels against the former status quo then to components of the status quo now, their contributions to art criticism and education remain worthy of consideration. 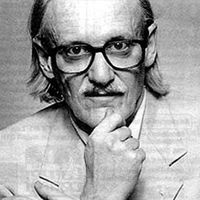 Born in 1942, Peter Schjeldahl left Minnesota in 1964 to spend a year in France. He then settled in New York, where he began writing art criticism and poetry. He joined The Village Voice in 1980 and then The New Yorker in 1998, where he remains head art critic today.

Although he has taught at Harvard University and lectured at several other schools, Schjeldahl is particularly fond of ridiculing academia, and he is apparently quite satisfied with his own decision to drop out of college. His writing is consistent with the distinguished standards of The New Yorker, the accepted paragon of metropolitan cleverness. In sharp contrast to the writers of October, Schjeldahl eschews use of specialized terminology. Although he and they all witnessed the boom in the New York art world of the 1950s and 60s and drew on firsthand experience to craft their critical lexicons, Schjeldahl does not exhibit the same strong theoretical inclination. Rarely does his criticism go beyond the artwork in question to address abstract philosophical concerns. His acute observations, rigorous judgments, and finely tempered tastes are the most attractive aspects of his essays. It may be most appropriate to consider him a “writerly” critic.