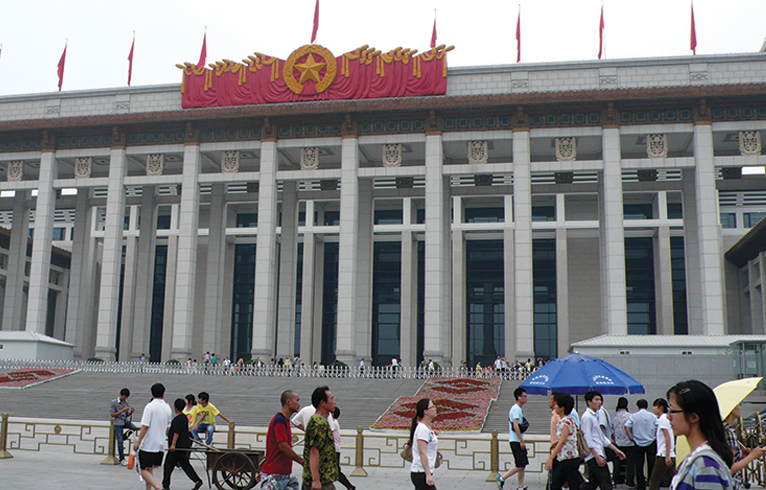 In addition to its ostensible severity and clamor, the fine art museum contains within its depths an invisible void. This void is a place for silence and contemplation; it is not the museum’s most spectacular aspect.

While preparing this issue’s cover story for LEAP, I happened to be in Istanbul for the 2012 CIMAM1 conference. Although this year’s theme was “Museums Beyond the Crises,” the main body of the conference was devoted to presentations about institutions in Cairo, Tehran, Dakar, Lima, and Hong Kong— not to the major museums with which we are
all-too familiar. The crises which most Western museums are currently confronted with—
revolving around state funding cuts and the decline of the bourgeois— were only brought
up occasionally in the discussion. By sheer observation, it seems that museums of the Old
World have run out of ideas for transforming these crises into a visionary future. They now
must turn their eyes to the New World, to seek an exit for new notions of the museum, for new momenta.

For China, part of this New World, it remains uncertain whether the speed and scale
of new museum construction might mark a new chapter in the history of global museum
development. Meanwhile, in Turkey, the location of the conference, the majority of contemporary and modern museums are also initiated and operated by the private sector. One only needs to breathe the air on the streets of Istanbul, or of any big city in China, and the optimistic courage of economic growth and the rapid expansion of the middle-class lifestyle can be easily identified as the reason for these shared characteristics. Economic miracles in any region cannot be permanent. To content ourselves with the temporality and regional boundaries of crises might be far less inspirational and productive than being vigilant in times of peace; the reality is that we are always either in a crisis, or on the way towards one.

The occurrence and production of contemporary and modern art museums are closely connected to the political, economic, and social conditions of artistic production. They directly affect the planning and building of museum architecture, collection, exhibition, and public education programming— all a part of what we call institutional construction. Other than diversity and substantiality of approaches and outcomes, narratives of distinct visions— including the theoretical construction and discursive practices of the modern and contemporary art museum— are nevertheless oblivious. Researching and formulating this cover story, we meet with two hidden deficiencies: one is the lack of a canonized and
professionalized consensus that might benefit the infrastructure, social legitimacy, and public representation of museums in the long run, and a set of common language with definitive transparency, accuracy, and specificity, which is also pressingly crucial for communication, discussion, collaboration, and facilitation among peers; the other one is the scarcity of individual case studies and assertions which possess sharpness, independence, creativity, and a down-to-earth attitude and could constantly refresh our understanding of local context, and at the same time cultivate the vitality and fluidity of the system itself.

In his interview, Cai Tao talked about the universality of museums, which can be taken as a perceptual foundation for shifting the discussion on museum construction from the so-called inside to the outside and to the domain of public education and emancipation. It is necessary to point out that the universal is not just the gathering of individuals, which
simplifies the museum as a public space that attracts a multitude of people; it is essential for each individual to perceive the universal, or, to put it another way, only when the concept of “non-individual” is understood by each individual can the realization of the universal be possible. In this sense, the museum is also a common space for mutual perception. Museums’ architecture, structure, and content constantly change the perception of each individual who walks into it, whether he or she be an art practitioner or a member of the public. While museums in China remain undetermined and uncertain about their relationships with each idiosyncratic, yet at the moment seemingly indistinguishable, individual, artists, via practices inside or outside of the museum, might once again have proven their sensitive awareness of the transformative power of
museums upon one’s conceptual and perceptual processes. Nikita Yingqian Cai