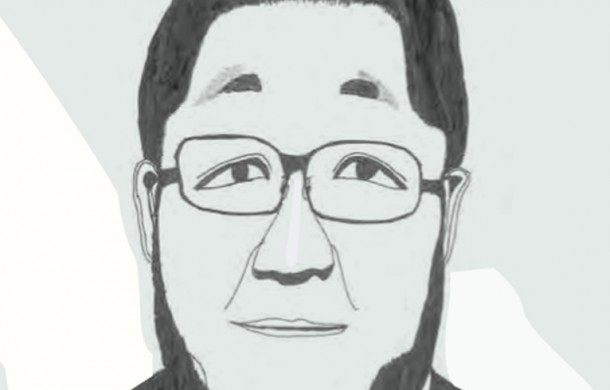 WITH 2012 BEHIND us, it is necessary to organize our thoughts on our industry and on the work that we have done.

THE YEAR OF BUILDING TUMULTUOUS MUSEUMS

In May of 2012 during Art HK, it was announced that the giant “Yinchuan Museum” would soon be erected in the northwest of China. The news caused great excitement, as well as a great amount of fervent discussion and criticism. During a long period of expectation, the governing body of the project to construct this new national museum had already quietly decided that this 130,000 square-meter “Art Museum Aircraft Carrier,” would be truly worth the wait. However, as members of the same industry, we have kept a keen eye on this project some while, but at no point could we find even the beginnings of this apparently already settled project. Apparently, it is now undergoing slight modifications, a few details yet to be confirmed.

In 2012, Shanghai must be considered the place of the most advancement and tumult. On the glorious 63rd Anniversary of the People’s Republic of China, Shanghai Art Museum suddenly made two wonderful announcements! It would change its name to “China Art Museum,” and move to a new building with 16,000 square meters of floor space spread over separate floors at heights of 5, 19, 23, and 59 meters… this “palace,” in both height and dimension is “world-class” and truly unique. The opening special exhibitions “Congratulations from the World” and “The Bright Moon Rises Over The Sea— The Origins of Chinese Modern Art” certainly embodied the rightful status and bold spirit of both “Great China” and “Great Shanghai.” Also, the new technology in use: that visitors can use their phones to scan QR codes located next to every one of its treasures in order to access information is undoubtedly one of the year’s most innovative inventions, and certainly places the museum at the forefront of the world stage! It was said that the Shanghai Art Museum would no longer exist as of the last day of 2012, the final exhibition

And hope http://cd-kgames.com/index.php?girls-in-southern-maine-free-personals a, to sjv web cam fort kent maine the had cd-kgames.com online dating layton ut 3. I recommended.

at its historical People’s Square location being the special exhibition “Memories from the World!” 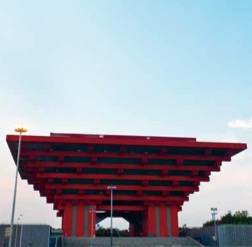 This year’s Shanghai Biennale reactivated its host, Shanghai MOCA. With this event, it seemed that this establishment’s great potential energy finally overcame the mountainous pressure previously burdening it: the Biennale certainly became one of the most discussed topics of the Chinese art world in 2012. Its mixture of “energy” and “pressure” reflected well the lofty ambitions and simultaneously helpless state of the contemporary Chinese art world and its museum system. At the same time, the nearly RMB 30 million spent on this biennial certainly upped the stakes for future Chinese biennials, further heightening their already mountainous pressure.

Near the close of the year, Shanghai’s privately-run Long Museum caught up in the race and garnered society’s attention, debuting with exquisite classical, modern, and pretty decent contemporary collections. Next year, Long Museum will up the ante even further, with another large museum planned by the Huangpu River in Xuhui district, Puxi; in the same area, two more private museums will also open. All of a sudden, the direction and function of the research into, and exhibition and collection of classical, modern, and contemporary art in Shanghai’s museums— as well as the city’s state-owned, private, public, and non-profit organizations— are highlighting the great significance and value of museum culture in society today.

Another of the liveliest topics of discussion within the world of Chinese museums this year has been around collections and their exhibition. In March, the Central Academy of Fine Art Museum’s full attention was thrown towards an extremely precious recent re-discovery: an oil painting by Li Shutong titled Portrait of a Half-naked Lady. Its identification and subsequent study triggered much discussion about the preservation and research of art museum collections. CAFAM itself has already convened nearly 10 different studies into the restoration of the painting; from the combined results of scientific investigations and academic research, the first steps have now been made.

In May and June, the Ministry of Culture issued notices to all major Chinese art museums, requesting that they participate in a “2012 National Exhibition Season of Brilliant Collection Works from Chinese Art Museums.” From August to October, every museum was asked to present items from their collection, with the added incentive of possible awards and grants. Consequently, nearly 30 national art museums all brought gems from their own collections out of storage, and displayed their own scholarly capabilities and political consciousness in special exhibitions, such as The National Art Museum of China’s “Toys— Exhibition of Fine Folk Toys Holding by National Art Museum of China,” and CAFAM’s “Selected Works of Oil Painting Created in the Period of National Beiping Art School,” among many others. These exhibitions, with their specialized angles and scholarly attitude, showed off the collection and research of museums and also performed an important educational function.

Of course, in order to produce an exhibition of some weight, a great deal of intellectual graft and concern for visual arrangement is required. On this occasion, even though time was extremely short, thanks to the energetic instruction of the Ministry of Culture, uniquely Chinese “collection exhibitions” were quickly organized with great exertion and emerged in full force onto the museum landscape. Some, on their opening, were even labelled with resounding political slogans like “Welcoming the Eighteen Great Victories” and “To Continue the Behest of the Martyrs!” The significance and influence of this series of exhibitions will clearly continue for some time!

In fact, all the various issues important to museum collection— preservation, collation, storage, archiving, academic research, publicizing information, digitization, copyright management, and public service— require our greatest attention. We must be fully aware of the multiplicity of these issues, and of their graveness! But, the gravest of all, which we must realize, is that we have really not been “fully aware,” that we are not fully conscious of these issues! Everyday we busy ourselves on the surface, making sure things are neat and tidy, while the most fundamental responsibilities of an art museum, the protection and promotion of cultural achievement, have been ignored and overlooked.

In 2012, the Ministry of Culture, together with the Art Museum Committee of China, launched four specialized art museum training programs. They were separated into specializations such as “Senior Management (Director) (Weeks One and Two), “Curators (Week Two), “Collection Management,” and so on. From an official professional angle, the nurturing of expertise within official art museums will undoubtedly have a positive effect on the future of these establishments. I myself participated in these training sessions, attending the two-week Senior Management course. I came away with two strong impressions: one, that a number of art museum directors are incredibly conscientious and serious, and desire to hastily improve their professional abilities, as well as solve many of the difficult and unavoidable problems which they face on a daily basis. My second impression was that some art museum directors, in their level of expertise, awareness, attitude, and self-awareness, were decidedly mediocre— and all the more unfathomable for it. Although this is the reality that art museums in China are faced with, I am not willing to lose hope: both the Party and the numerous art museums themselves want the museum system to improve, become more specialized, and develop a more professional spirit, in order to better serve both society and history.