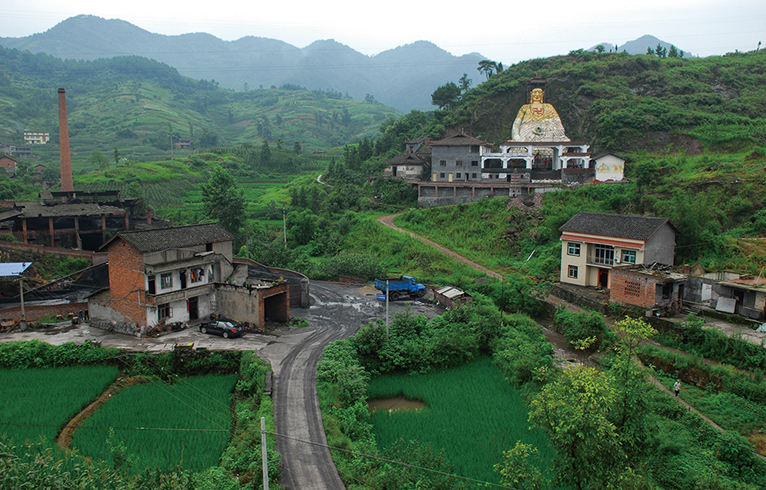 THE CALL OF HOME

The cover feature of this issue of LEAP, “The Call of Home,” examines China’s countryside from the angle of artistic practice and purposely avoids making the countryside simply an object of longing and homesickness. Instead, it identifies the countryside as an entity that is unable to fit into modernity and its experiences. The cover feature is made up of a series of three stories. “From Being Made to Being Remade: Rural Politics Under Scrutiny” examines the ongoing three-year social intervention experiment “Kunshan— Under Construction” and details the destructive realities and consequences of the New Countryside Project on traditional rural cultures. In “Post-Transit: The Ciman Village Artist in Transit Project,” project organizer He Wenzhao invites a series of artists to visit and work in his hometown near Lijiang, Yunnan for short creative residencies, hoping to awaken the local ethnic Naxi people’s own cultural identification through outside attention. He proactively contemplates his village’s future, and by creating a shared cultural consciousness, attempts to perhaps help shape it, as well. “What is the Urban-Rural Fringe? Why is it the Urban-Rural Fringe?” attempts to understand the so-called urban-rural fringe— that ever-shifting and vaguely defined middle ground between the city and the countryside. The author establishes a kind of logic between so-called vitality and temporality, by which city and countryside are linked into an organic system. This issue also includes five conversations that help sculpt the complex realities of the issue of today’s rural China by speaking with different individuals, studying different projects, and examining different perspectives.