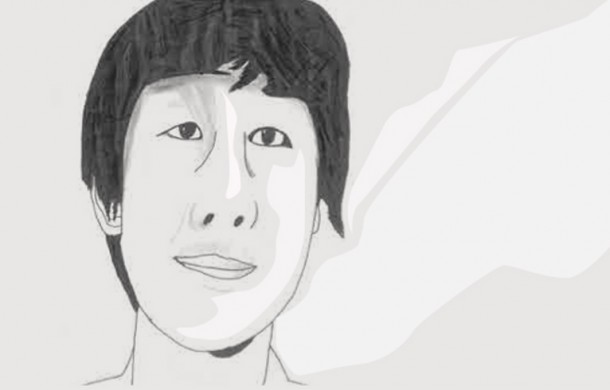 AS WE DROVE from Taipei to the suburb of Xinbei, our host, the artist Chen Chieh-jen, delivered a nonstop monologue from the front seat, narrating the passing scenery. For example, there were some high-profile development projects, a leper colony that had been fighting demolition for years, and so on. Chen’s tone quickly grew severe. The monologue could easily be seen as preparation for viewing Chen’s latest work, Happiness Building I.

During the week prior to the Apocalypse, I saw what was for me without a doubt the best art of the year, and I was deeply drawn into the exhibition site. The work was actually ongoing: an abandoned factory, here and now. What I found remarkable was how the means of viewing the art was different from all other works and exhibitions. Normally, the artist or creator is not present, and only the art object remains at the scene. The tastes of various audiences and viewers are fabricated or assumed, and the relationships behind the so-called work of art are fully concealed. However, it is possible that we are increasingly recognizing that contemporary artworks must deeply or personally address these relationships. In other words, they must be present. These relationships have surpassed the objects themselves to reveal the themes of art today. Chen Chieh-jen’s Happiness Building I definitively attempts to recover and rebuild these relationships in a temporary, live event for which one has to be present.

You could say that Chen Chieh-jen’s works are historical. They always include reappraisals and reenactments of items and archives from Taiwan’s history. But you could also say that they belong to the present, because many of the historical happenings present in Chen’s art are also still present and used in contemporary Taiwanese society.

I am reminded of “Folk Memory Documentary Project: Famine,” initiated by documentary director Wu Wenguang at Caochangdi Workstation. Wu invited several people, including commoners and college students, to return to the villages where they were born and raised to investigate official accounts of the Great Chinese Famine of 1959-1961. The stories they found were narrated by those who had person- ally experienced those three years, or by their relatives.

Today, “Folk Memory Documentary Project: Famine” has amassed a large amount of video recordings and written accounts, and it has put forth a series of documentary screenings and theatrical performances (in collaboration with Living Dance Studio). I had the good fortune to see some of the documentaries and a live performance at the OCT Contemporary Art Terminal in Shenzhen. I was shocked and amazed. This material, transformed into visual art and exhibited at contemporary art galleries, formed a fresh, vivid historical record. It shattered the boundaries of art presentation, and it incessantly inquired into the enigmas of history and challenged the conceits of reality. 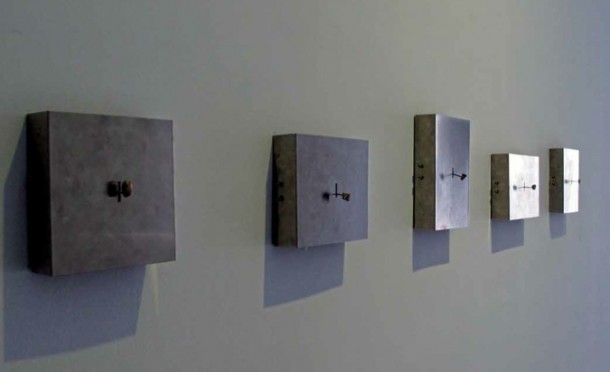 The weight of history and the confusion of reality are the clearest boundaries I can identify in contemporary art, if, that is, we presume that contemporary art is a center, a world brimming with power and desire. That world is not perfect or complete, and the emergence of any kind of absolute power will inevitably lead to yet more deviance and resistance.
In March 2012, a group of institutions (Goethe-Institut, the Central Academy of Fine Arts Museum, Peking University, and Iberia Center for Contemporary Art) collaboratively organized “Re-reading Das Kapital: Interpreting Marx through Film, Art, and Theater.” The project was an appropriate response to the contemporary social (and economic) crisis. It began with a nine-hour film titled Das Kapital by the German Director Alexander Kluge and included further interpretations of plays and art related to Marx’s Das Kapital, as well as the original work itself. The entire process provided no answers— only questions. To instigate a discussion of the issue of the orthodox ideology of the Chinese government— Marx- ism— under the present conditions of comprehensive capitalism provided food for thought for intellectual, cultural, and artistic circles.

Finally, allow me to mention what I consider the important art events and exhibitions of 2012. These exhibitions and activities temporarily brought me away from doomsday and my long-held pessimistic feelings about the art world and back to reality. I even began thinking that there may be some possible or potential solutions. They are, in no particular order: “From Revolt to Postmodernity” at the Reina Sofia; dOCUMENTA (13); “Folk Memory Documentary Project: Famine”; “Rereading Das Kapital” in Beijing; Geng Jianyi’s “Wu Zhi” at Minsheng Art Museum in Shanghai; the Modern Asian Thought Project at the Shanghai Biennale; “Sound Art: Sound as a Medium of Art” at ZKM Karlsruhe; the Berlin Documentary Forum at Haus der Kulturen der Welt in Berlin; and the Shenzhen Sculpture Biennale. (Translation by Daniel Nieh)