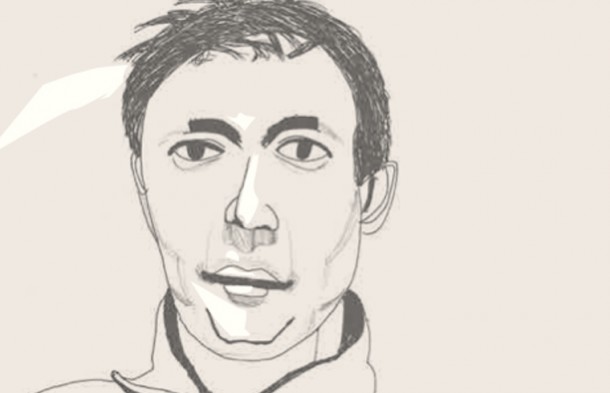 In Europe, old-fashioned public institutions are receiving ever fewer resources and ever less support, and governments are investing less in cultural benefits to society. As a consequence, many art professionals consider it very normal to seek help from private capital, but we must consider the price of such actions. Critiques and discussions of neoliberal capitalism returned to the spotlight in 2012. In this exclusive interview with curator Hou Hanru, we continue to discuss his proposed “Third Way.”

LEAP: What in the art world left the deepest impression on you in 2012?

HOU HANRU: In recent years, people’s understanding of art has moved more and more toward the logic of consumer society. First of all, art is seen as a commodity, and second, it has already become deeply implicated in entertainment culture. These views have become normal. As a consequence, art is flourishing on the surface, but it also faces a deep crisis. This phenomenon influences my views of everything art-related. A few years ago, people were more concerned about the economic crisis, but in 2012, a strange discrepancy emerged between art and the economic crisis. Everybody thinks that the economy is losing steam, and art has become a sort of insurance, a safe haven. People think that promoting art will spur the economy on. This is a very contradictory phenomenon. We are gradually shifting from a substance-based economic model to a symbol-based economy, and art is becoming this kind of symbol. The value of a work of art is in the midst of a strange transformation— it is being magnified. People no longer look at the cultural value of a work of art. Instead, they think about how its cultural value will translate into economic value. So people are ever more concerned with investing in art, art fairs, auctions, and so on. This is what was discussed the most in 2012.

On the other hand, as I mentioned in “A Third Way” (Art Asia Pacific, 2012), public art institutions are facing more and more challenges. Those of the old model are receiving fewer resources and less support, particularly in Europe, where public resources were previously abundant. Social cultural benefits and public investment are declining, so it is very normal for people to turn to private capital for help, but at what price? This is a question worth dwelling on. Critiques and discussions of neoliberal capitalism have returned to the spotlight. In 2012 we saw these issues addressed by many art events, exhibitions, and discussions, including the Berlin Biennale and Documenta. People wanted to come up with new ideas on the subject, particularly at the Berlin Biennale, where discussions were held in a manner that was both incisive and naive.

LEAP: In your article, you mentioned the urgency of finding a third way. Have you found a solution within your own work and experience?

HHR: The issue of using private resources is indeed a complex one. The root of the issue is, to what extent can state and private resources be used in society? How can they be reallocated? And the goal of that reallocation is to reproduce what? This is the heart of the matter— it is not just about who is in charge of the money. My article points out problems with the two old models. How do we produce a third model? In fact, the third way is not a model— rather, the third way is formed by the coexistence of multiple models. We do not want to exclude private capital or public resources. We must consider how and where these resources are used, and form new mechanisms and organizations on the basis of this kind of thinking. A lot of new art museums are appearing in China, and these museums are too alike. They lack diversity. It is also worth thinking about how to make it so diversity receives societal approval and support.

At present, regardless of whether we are talking about public or private art museums in Hong Kong or the Mainland, the modes of thought are all extremely similar. This is their logic: first achieve some kind of official success, for example when a city needs a big art museum. The private museums come about when a private business earns a great deal of money and then needs to build an art museum as a symbol of its social status and its contributions to society. But within the discipline of art, their considerations of the effect of an art museum are completely insufficient. After you build an art museum, how do you operate it? What kind of social results will you produce? How much say will we have in those results? These issues existed before 2012, but they became a focus of discussion in 2012, for example, surrounding the emergence of M+ in Hong Kong. Everyone is so excited. Also, there was the Minsheng Art Museum, the National Art Museum of China, and other massive new museum projects all over the country, in places as remote as Yinchuan and Urumqi. In terms of high-level policies and the use of capital, China’s art museums are all built in a very similar way. Everybody wants their museum to look like MoMA or the Tate Modern, but there is not enough specialized knowledge to reach those goals. The vast majority of people have not thought in depth about whether or not we really need this kind of reproduction. However, the rise of these large-scale projects can be taken as an opportunity to engage in discussion and experiments on these topics. 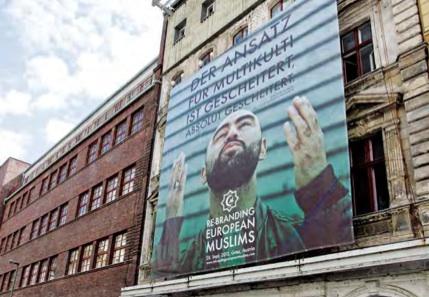 LEAP: What do you think of the Asian biennials held in 2012, such as Taipei, Shanghai, Guangzhou, and Gwangju?

HHR: This year’s biennials were very average. First of all, because these events happen every two or three years, everyone has become used to them. Also, the curatorial teams all want to do large-scale exhibitions, but large-scale things always require a lot of time and space for you to think it over and plan it well. It has to be more than a big pile of manpower and material resources. Hypothetically, the Shanghai and Gwangju biennials could be 80% smaller. Then they could be done better— in a more apt and creative way. But that would not conform to the expectations of society and the government. A city can be a museum; it is better for a city to be a vivid living space than a one-time display. For example, Paris itself is a museum. When people walk there, they can see many things, but this requires a lot of time and space to come together. These days I think about smaller projects, because first of all they can be done in a precise way, and also, they can be very absurd and messy. To do art in a way that is exquisite, that is completely open, that defies conventions, requires space and time to find the appropriate structure for expression. For example, if an art museum could spend five years curating one exhibition for one artist, that would be extremely ideal. If that happened, then that artist and that exhibition would be very likely to become part of history, and other things could be produced in the process. In the final analysis, as I see it, artistic expression is a politically incorrect thing. It reveals a different way of existing and a different value system, and it is certain to diverge greatly from— and perhaps even run counter to— the expectations of the mainstream. So how an art institution uses public or private resources to support “useless” or “incorrect” work, or work that everyone thinks is meaningless, is an inescapable, fundamental problem. Creative ideas and models are produced by struggling with this problem.

LEAP: Do you think this kind of space exists in China today?

HHR: Of course it does. For example, Shen Ruiyun curated “Pulse Reaction” at the Times Museum in Guangdong. The Huangbian Art Festival and the Huangbian Subway Station education project is also a good example. “Pulse Reaction” turned the art museum into an open forum for conversation. In fact, we worked with Rem Koolhaas on the design concept for the Times Museum, which does not aspire to becoming an ordinary large museum. From its architectural structure to its supplementary facilities, the Times Museum is not a place for big exhibitions. Rather, it is integrated into city life. It does some everyday cultural production stuff, and it does not demand a lot of overnight results. If society had this kind of space and structure to support the existence of art, then art would be very healthy. The Huangbian Art Festival formed direct connections between the art museum and the local community, and the Huangbian Subway Station will become a small and precise educational platform. I think that, as it relates to the local community, the art museum should be a generator, and the things it produces should be things that relate to its community. A lot of ideas can be considered together with residents. In the end, the essential significance of art is that it raises issues that most people do not ordinarily address, and it encourages people to use new ways of asking questions. This is the primary function of art, even though we often forget it.

I hope that there will be a model that can produce a certain kind of structure that will allow unstable things to remain unstable, continuously produce new methods of work, and challenge people’s habits. These are the purposes of art. This is also how I think when I do exhibitions. For example, I am curating the Auckland Triennial. To a certain extent, it is an extension and development of my thinking from when I curated the 2005 Guangzhou Triennial. The exhibition itself is a step in the research process, and a series of experiments and projects are initiated surrounding the exhibition. Today, there are so many biennials, and many of them are just exhibitions of an assemblage of existing works that conform to the theme. I have the opposite approach: I consider how the artist can live at the site; how to face a new cultural environment and produce creative ideas and works; and how to stimulate the relationship between new art and society. Doing a biennial in this spirit does not mean it will be done well, but it certainly will be significant. Exhibitions are interesting if they can produce something that is the next step. Exhibitions are just the start of a long story. (Translation by Daniel Nieh)