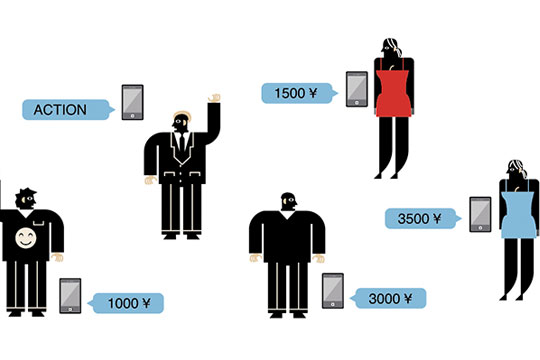 Since the 1990s, few events happening on the street or in public space in China have officially entered the public view. For the majority of people, the word “public space” seems to carry little meaning. The terms quanzi (circle) and jianghu (rivers and lakes), on the contrary, make a strong impression. Quanzi in Chinese society are used to perform part of the communicative and reflective function that should be provided by public space.

After Twitter and Facebook were banned in 2009, Sina Weibo, which is a hybrid of both in terms of service and experience, quickly gained popularity. Fast-forward to today, alongside the increasing prominence of smartphones and the advancement of mobile technology, the newer messaging platform WeChat has gradually fostered new patterns of socialization in China .

In comparison with the development of public space—which is in thrall to capital and censorship—the formation of communities in virtual space has always been a relatively safe alternative. Take WeChat groups as an example. Conversations and exchanges here are fluid and temporary. At the same time, they allow people to freely move between the private and the public in a safer and less vulnerable way (within the art world, a tacit understanding of certain things is assumed ) 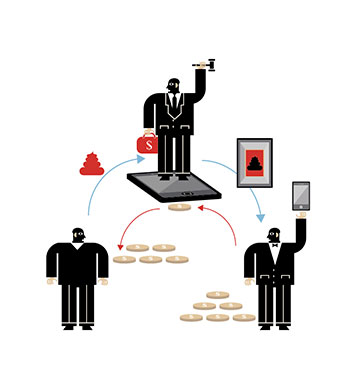 TYPICAL OF SOCIALIZATION with Chinese characteristics, the WeChat group “The Best Auction Association in China” originated at an exhibition opening dinner in Shanghai. In the beginning, it was merely for the entertainment of people who are on familiar terms, and was little known outside of their little circle. The “Auction Association” was first presided over by Yang Junling, a member of the Double Fly collective.

Since its founding, Double Fly has been known for creating events with low budgets. These uninhibited young people, bursting with libido, tout a philosophy of having “no money, but body and guts.” Their next performance or event is always unpredictable. The members of Double Fly are graduates from the China Academy of Art who are now scattered in different cities; the internet is an inevitably important means for maintaining communication.

On the morning of November 28, 2013, on a high-speed train from Beijing to Shanghai, Yang Junling and fellow Double Fly member Lin Ke had an idea to hold a virtual auction on WeChat. During the trip, they first made sketches of scenery outside the train window in watercolor. When they painted the second piece, they whimsically took a photo and sent it to the WeChat group for auction. The reserve price was set at 10 yuan, with a 10-yuan increment for each bid. The 40-member group quickly began to bid for paintings that were made and uploaded in real time; during the five-hour trip, a total of 62 works were completed, and eventually sold at 120 yuan per piece. The 32 pieces painted on vomit bags were auctioned to artist Shi Yong, while another 30 works on paper were secured by the director of Vanguard Gallery, Li Li. The success of these transactions provoked great enthusiasm among the participants. After several rounds of discussions, The Best Auction Association in China was born.

The birth of the association stirred up great excitement in the art world. But because on WeChat “groups” are not yet open to public search, those who heard the news and wanted to join had to be added manually by users already in the group. Immediately, the regular WeChat group—which was limited to a maximum of 40 people— became full and maintained so. Only when old members quit could new members join—typical of the VIP room style. The invitation of new people and turnover of members reflected private relationships in everyday life. In less than two months, the association requested a capacity upgrade, and its members immediately reached 100. At one time, a subsidiary group was even set up specifically to accommodate member needs, which was later held in abeyance due to the difficulty of managing both accounts. Currently, the group has 150 members, but the total number of existing and previous users exceeds 400. The group no longer only consists of Double Fly and their buddies; they are counterbalanced by users who have joined later and newcomers invited by these. The group is now a mixed collective of artists, collectors, curators, critics, and the media. Its geographical coverage ranges from Beijing, Shanghai, Guangzhou, to Wuhan and Changsha, further to London and New York, and even to wherever its users travel globally. It is a social space in the art circle that promotes real-time interaction. 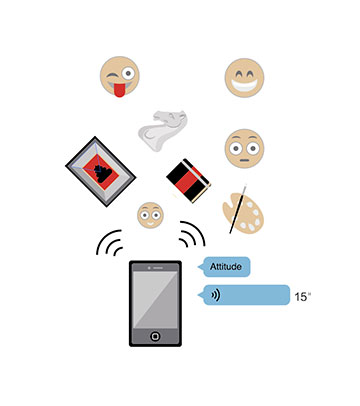 During the bidding process, typos, photographs, and emoticons fill up the screen, creating a rather lively auction scene. It is a unique auction experience in the contemporary art world and beyond.

“The Auction Association” states that 30% of the auction commissions are set aside as “Double Fly Fund,” which is used to support art activities of Double Fly, and which in the future may be used to support art activities of other artists, art groups, and non-profit spaces as well. The remainder of the commissions is spent by Yang Junling on daily operation and maintenance.

In The Best Auction Association in China, Yang Junling not only plays the role of an auctioneer, but also performs the basic duties of a functioning auction house. He takes on everything from selecting artworks and preparing images to keeping the books and delivering purchases. As a commission, the 15% taken from the buyer and the seller is apparently not little for virtual auctions, but most participants have raised no objections. Compared to purchases through galleries, the prices realized are intended for mass consumption.

Bidding at the auctions, artists embark on an interesting collecting experience. Artist Duan Jianyu bought the work of Lou Shenyi and Liang Shuo. Duan believes such exchanges are mutually beneficial.

A few imitators have quickly emerged on WeChat, including professional art brokers. But their activities appear to be more like value-added services extended from the auction market.

The splash that The Best Auction Association in China experiment has made may be no more than just that. The relation of production involved is very straightforward: participants have the absolute freedom to speak, observe, offer a price, make further bids, and even chat about topics related or unrelated to the artworks. Also, because of the different identities of its members, the group turns into an important channel for disseminating firsthand information in the circle, and even an effective window for advertising: the editor-in-chief of the Asian edition of Art Review, Aimee Lin, spent 10 yuan to announce an event in the group, which was the first advertisement income of the association. By offering distribution to the group Bazaar Art attracted new readership. And artist Liao Guohe has sold homemade natural honey here—to buy a jar of locally-produced honey with the artist’s hand-painted label is, of course, a health-related expense that is well worth the money.

The Best Auction Association in China transcends temporal and spatial boundaries, a mobile space unbound by physical territory. Being present and in communication with one another, participants gain an experience similar to that of role-playing. Here, whatever speech one makes, whatever attitude one presents, or whatever behavior one exhibits can be regarded as a certain kind of practice. Artist Shi Yong and curator Li Zhenhua have both managed to sell their “attitudes;” witty remarks coming out the group chats have also been put up for auction by Yang Junling and quickly snapped up; basing it on the context of WeChat, artist Li Liao created Calling the Collector Dad and Mom, a voice recording with a carefully mounted manual (collection certificate); artist He Chi auctioned off the default emoticons from his WeChat account and prohibited those who did not pay from using them for a month… In this group, not only do amateur artists publish works, professional artists also display a side of themselves rarely seen in previous exhibitions: the deputy director of UCCA You Yang wrote a poem and put it up for auction, whereas video artist Chen Xiaoyun demonstrated his superb line-drawing skills in ink painting.

The mode of production facilitated by these virtual auctions is unsuitable for the majority of artistic creation, but the artists who forge a new path through online auction are still the biggest beneficiaries.

The Best Auction Association in China has established a micro artistic ecology in cyberspace. Starting from Yang Junling, the relationships between artists, between artists and collectors, people, critics, curators, and galleries and museums are obvious and unfold in real time. Fascinated by the game-like feel of this space, participants respond to changes in the game’s content. One may join because of an interest and affection for a certain artist, and may leave when enthusiasm wanes. The old discourse is replaced by new comments, and the departure only requires a simple step—the loyalty in cyber communities is apparently at a historically low level.

So far, the nine permanent members of Double Fly have successfully raised a considerable amount of funding through The Best Auction Association in China. Their presence at the Armory Show in New York in March can be considered as the conclusion of one phase of funding. Before Yang Junling and Lin Ke flew out of Beijing, the association organized the gathering “For Eating, For Love.” Initiated by artist Li Shurui, this meeting of cyberpals was the first offline gathering of the association, and brought the members closer to each other.

Reminiscent of their breakthrough work, the satirical and self-deprecating music video Contemporary Business, the way Double Fly sells themselves is quite reasonable.