A dim autumn room with a lonely lamp
A hungry rat falls from the bookshelf
Audacious ghosts, as though no one else is there
Come sniggering in groups of three or four
Is it only my eyes of wisdom
That perversely make me see ghosts
Some have necks twisted and tall
Some have bodies short and hunched
The yard grows danker as the wind picks up
Quietly I search for the hidden traces
Leave falls down like the pitter-patter of the rain
I turn back, feeling a sense of terror
Hairs stand on end upon my chilled gooseflesh
So I sigh for Ruan Zhan
Who in the end was insulted by ghosts
Whether you choose to believe is up to you
My words are not delusional

Do You Believe in Ghosts?

Luo Ping, a celebrated painter from the 18th century, was famous for his “eyes of wisdom” that could see ghosts and the long scroll of painting Ghost Amusement attributed to his hand. Whether the ghosts he allegedly saw looked like those in his painting, with “necks twisted and tall,” “bodies short and hunched,” remains a mystery. Present-day scholars often compare his paintings to Pu Songling’s novel collection Strange Tales from a Chinese Studio, both of which exemplify the Chinese society’s ghost craze during the Ming and Qing periods. While Luo’s paintings and Pu’s texts ostensibly depicted ghosts, what they intended to speak about via the spectral were the absurdities and tragedies in the human realm. When the oppression in reality was unspeakable and the human angst had no recourse, one could only speak in the language of ghosts.

The inspiration for this issue of LEAP themed on ghosts came from a strange story circulated on Chinese social media. After the COVID outbreak, online classes became the new norm for universities in the west. A lecturer at an American university was shocked to continuously receive assignments and quizzes from a Chinese student in their class after having learned that the student had passed away in an accident. It is an awfully sad story, specters in multiple dimensions are haunting within. The online class agency that the student had paid for continued to perform their ghostly tasks without knowing that the client had passed. We will never know if the ghostwriter of the student’s assignment was a specific person or a collective or an AI machine. This modern ghost story is very much like a microcosm of our current society of automated involution. Every worker entangled within the vast capitalist vortex becomes a ghost in the machine. In the ghost stories of contemporary life, the unseen forces that dominate our living are often products of our own—human—actions.

The metaphoric use of ghosts in the Chinese language is extremely rich and varied. Some of the metaphors are quite endearing, as in words meaning witty ghosts, mischievous ghosts, naughty ghosts, etc. Like the friendly ghosts in western popular culture, ghosts are not always scary or evil. In 1993, Derrida proposed the concept of “hauntology,” and pointed out that the positive significance of the specter is to stimulate human consciousness and call for action. Writer and theorist Mark Fisher was influenced by Derrida’s concept and extended it to the field of cultural criticism. Fisher’s writing at the turn of the century drew on the analytical lens of Derrida’s hauntology to explain why contemporary music sounded no different from how it did decades ago. Another decade has passed since then, and Fisher’s text is now an important intellectual resource and spiritual guide for many authors in this issue of LEAP. Although a possible exit is nowhere in sight and the future seems perpetually lost, the theory of hauntology at least provides a telling illustration for the state of contemporary cultural production that is increasingly devoid of new ideas and where subjectivities feel like phantoms.

Therefore, LEAP chooses to believe in ghosts, for we believe in the creative power that lies in the allegories and imaginations of their existence. This issue of LEAP gathers essays, commentaries, imaginings, and musings from writers and artists that explore the ghostly forces at work in contemporary art and cultural life. Nameless, boundaryless and shapeshifting, these ghosts travel across mediums and time, linking the past, present and future, and continue to exert their presence in the aesthetics, ideologies, and the way we interface with contemporary life. Ghosts are powerful vehicles for imagination. The world where ghosts reside can put up a mirror to the predicament of human society. Furthermore, the fictionalization of the ghostly realm can help us rehearse the demands and ideals that cannot be fulfilled in the world of the living, thus moving towards a utopia that breaks free of the rules in reality.

G for? A Conversation with Ho Tzu Nyen | Mark Rappolt

Ghosts in the Machine | Ren Yue

Becoming Ghosts: How to Tame an AI | Xiao Jiatan

We Spin around the Night, Consumed by the Fire | Zhang Hanwen

Portfolio II | Haunted by History: One or Several Ghost Houses

Nawin Nuthong: The Immortals are Quite Busy these Days | Max Crosbie-Jones 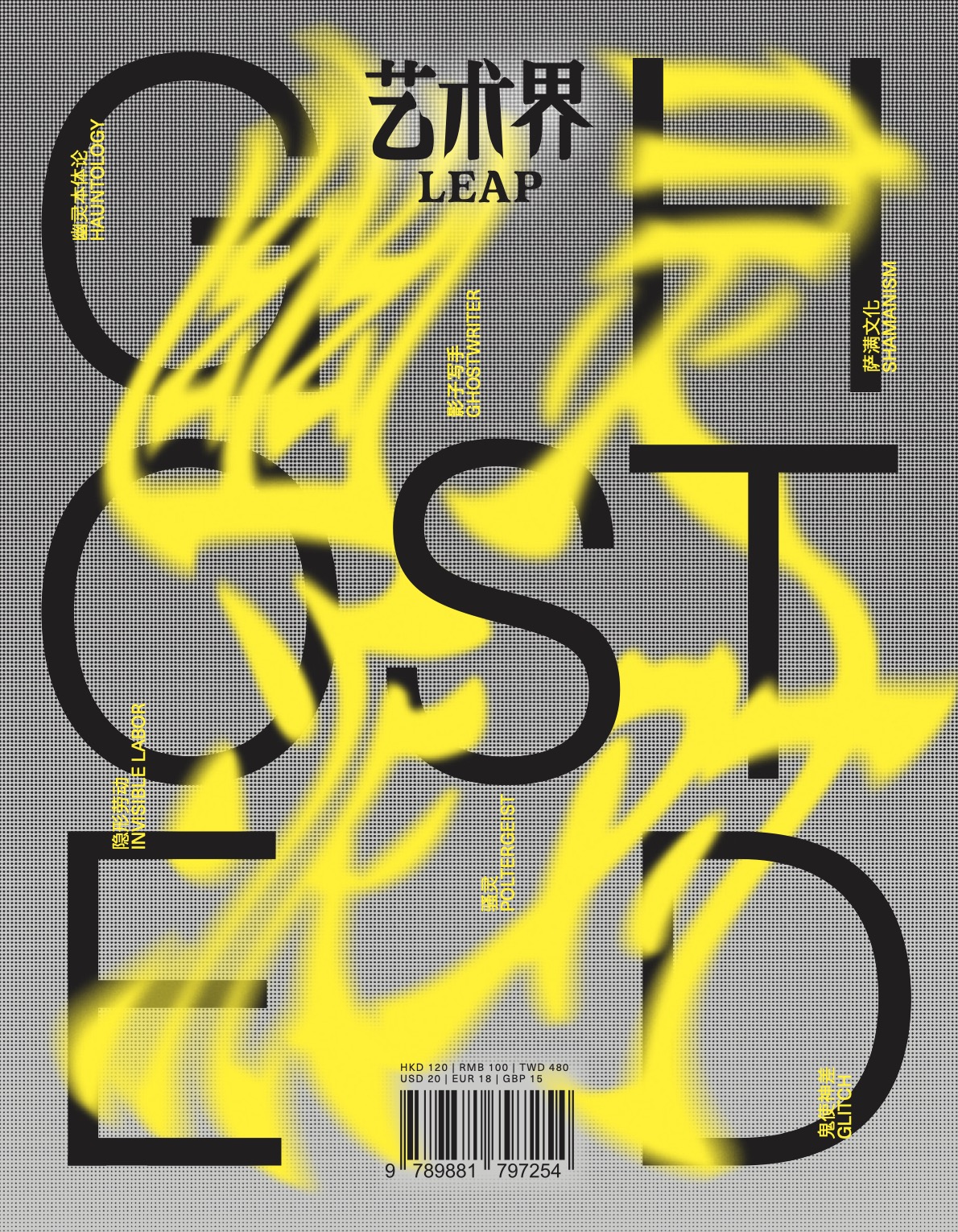